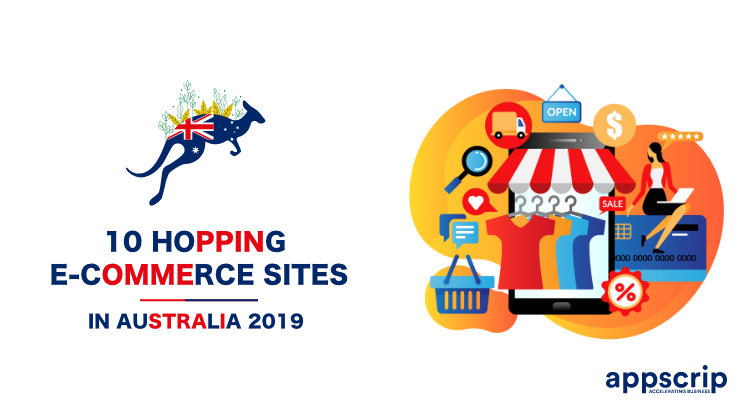 Australia is a sophisticated market for online shopping even though its dominated by American e-commerce companies. It is smaller but holds its own in the digital space for some local players.

It can be compared to the United States in terms of sophistication but resembles Canada more in terms of size. Even though it has only 21 million internet users (a fraction of the US market), the wealth of Australians and well-spread habits of using online shopping make it a mature market.

Has every medical prescription under its belt.

Even if you live in a deserted corner of Australia, you can still get your medicines for a fixed shipping price.

8. Officeworks | Among the top eCommerce Sites in Australia

One of the leading retailers of office products in Australia.

Extensive range of products for offices, workplaces, schools and universities, and homes.

Australian chain of discount department stores, a division of Woolworths.

Sells online its garments and products for women, men, kids and babies as well as toys, home, and electronics.

Most well-known e-commerce sites in Australia.

Started out by selling televisions.

Kogan soon realized that they could only sell so many TV to a customer.

Diversified their portfolio to continue riding the online retail success in Australia.

They wanted consumers to come to Kogan for any product that they might want.

Chain of supermarkets scattered across the country.

Launched its first website in 1996 when the internet was still in its infancy.

Selling everything from baby products to electronics and homeware.

Known for its lowest prices and quality customer support.

The JB Hi-Fi is part of a digital business by JBcommercial.

Added quite a small proportion of products to its database, but the core market offering of fresh produce and homemade meat still retains its unique selling point.

Provides quality food on a budget.

Uncontested global leader of e-commerce, except in Australia where it is only in second place.

Amazon has developed further into brick-and-mortar retail with the acquisition of Whole Foods Market, as well as publishing, electronics, cloud computing, video streaming, and production.

A pioneer of e-commerce, eBay is an American online marketplace that allows people and businesses to sell directly through its online auction platform.

Expanded to more than 20 countries, organizing the sale of products ranging from cars and vehicles to electronics and fashion, home and garden to sports and toys, and even business and industrial products.

The overarching lead of eBay, who stands way above its followers at 70 million monthly visits.

Pack of followers is in the range of traffic volumes from 5 to 15 million visits per month.