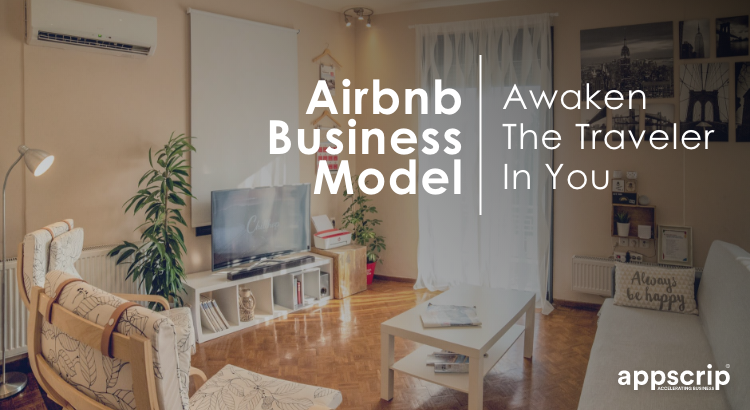 Airbnb Business Model – Awaken The Traveler In You

How to make money? Scour the web, this question has been planted in many forums. Let me share a secret here. If you go in search of money, you come away empty handed. Instead work towards making life easier for all and watch big bucks come your way. This is straight talk as to what Airbnb business model is all about.

They say if you give an intelligent guy a problem, he solves it intelligently. But if you give it to a lazy man he finds the easiest way out. Airbnb did just that, found travelers a resting place – in fact for 2 million people across the globe during an average night in 2018 – that too without owning a single property. 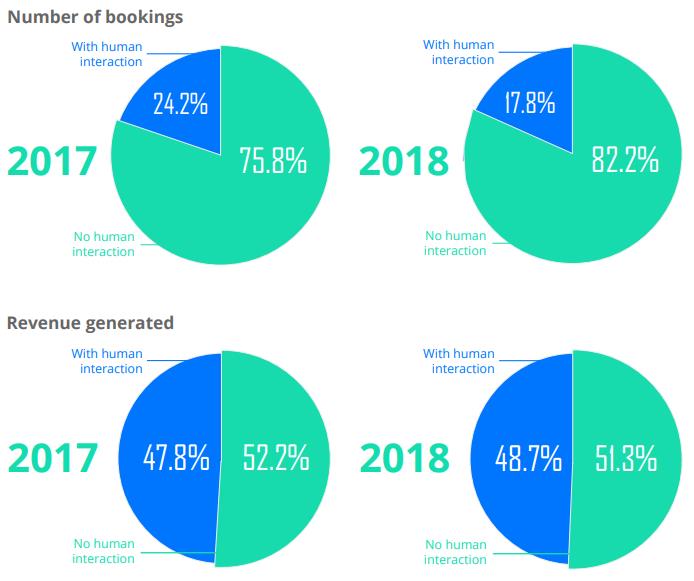 The above pie-chart is a clear indication of the increase in bookings via online systems – that is without human interaction. Even though the revenue generated shows a decrease, this is because people do not pay up while booking (only maybe part payment), and clear the balance only after the stay.

It all began in 2007 when Brian Chesky was short of funds to rent an apartment on his own steam. So, he began renting out air mattress for siesta in the living room of his apartment at nights. In Aug’08 he launched Airbedandbreakfast.com along with a partner catering to what travelers needed the most. 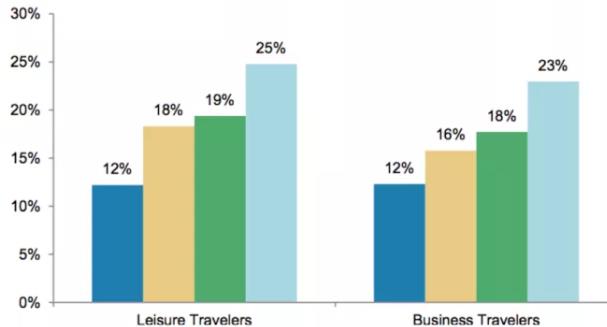 This bar chart is an indication of the rise in the number of travelers over the years, both business and leisure.

Both business and leisure travelers keep their eyes peeled for good deals on stay so as to reduce the expenses involved.

This augurs well for the travel industry. 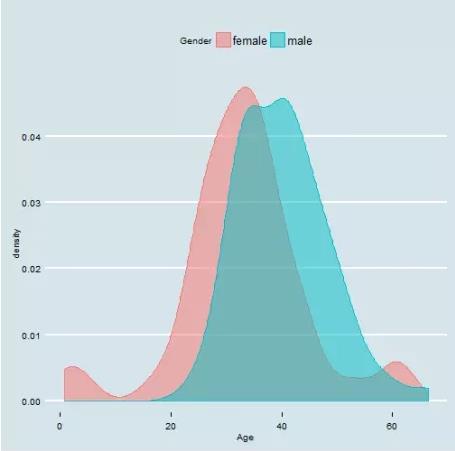 On the right is a graph depicting the density of travelers differentiated male and female.

We can see that the density of females traveling is higher than males. This would indicate a higher occupancy for an Airbnb model residence as the fairer sex prefers such models rather than a motel.

Introduction of the Airbnb model cut down lodging expenditure for travelers decisively.

Travelers on the move world over spend 26% of their budget on lodging, the next in line would be transportation or higher depending on the mode of transport.

How Airbnb made it happen

How Airbnb went about increasing their market share is described as ‘enterprising’ by the industry-experts and predatory by others. Airbnb tapped into an existing market through, Craigslist. Craigslist had scores of properties advertised on their site by businesses. Airbnb sent them business proposition mails promising them a better interface if they hosted their properties on Airbnb’s website instead. But in the process they seized prospective customers who would also inadvertently redirect themselves on to the Airbnb site.

The Huffington Post called it as an evolutionary strategy to find a solution. 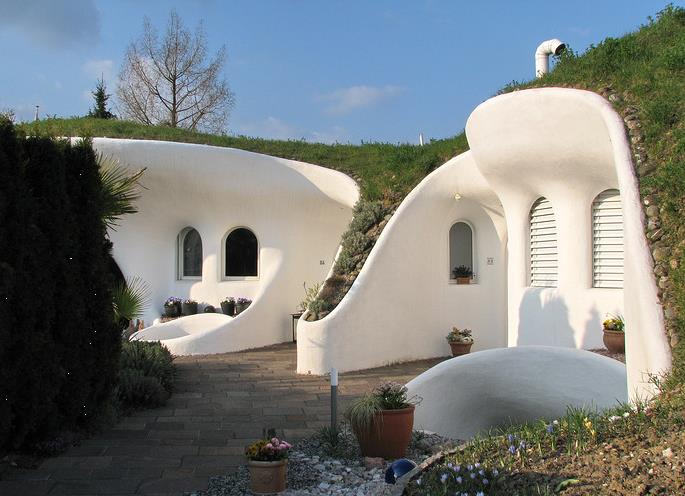 The above picture depicts how an earthhouse would look like from outside. Airbnb has 18% of its residences in this category.

Airbnb being the inventor of this kind of a model and a lack of competition in this category of business reaped viral benefits. While Craigslist also caters to other verticals, Airbnb made this domain a target of their primary focus. Now many such sites have come up in its wake such as – Travelzoo, Cancelon, Travelmob, etc., but none has gained the acceleration that Airbnb could with a determination for enhanced growth and continuous development.

In April 2015, Airbnb expanded to Cuba. As of 2018, Airbnb offers 5 million listings in over 191 countries covering 65,000 cities and 31 offices across the world. Airbnb has hosted 450 million guests since its launch. 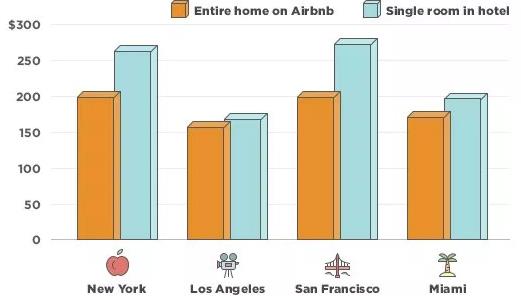 The average San Francisco Airbnb guest spends 5.5 days and spends up to $1,045. Airbnb takes 3% commission of every booking from hosts, and between 6% and 12% from guests.

The bar chart on the right depicts the cost of residences on Airbnb compared to that available in a hotel.

The comparison is made for cities of New York, LA, San Francisco and Miami.

Since 2017, there’s been a 120% increase in the number of senior hosts over 60. Senior women over 60 years are rated as the best hosts on Airbnb.

In the below graph is the estimated earning potential for residences on a daily and weekly basis in US. 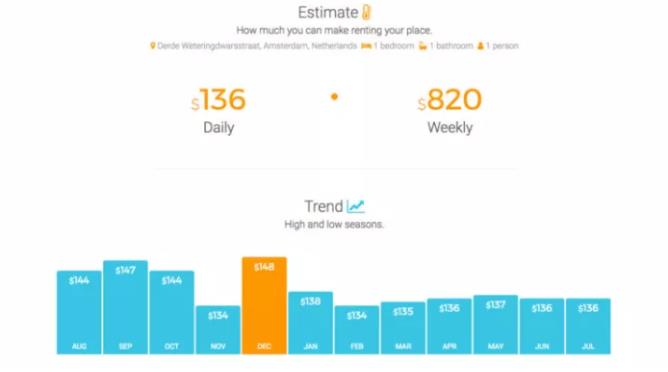 Thus the Airbnb business model can be viewed as a combination of ingenuity, with luck thrown in for good measure in the form of initial funding, an aggressive growth model, and round the clock improvisation. A truly inspiring success story that every entrepreneur can emulate and benefit analyzing.