Apple will no longer forbid marijuana delivery services on its App Store.

As per their latest directive, now cannabis delivery agencies (marijuana businesses) can host their services on the App Store. This is a positive implication coming from the tech industry in recognition to cannabis developments.

The policy which was updated in App Store recently removes the ban on cannabis sale online, but with some riders being placed. A marijuana app must be subject to geo-location controls with respect to the jurisdiction where cannabis is legal.

The program must be submitted by a legal entity and not by an individual developer vis-à-vis the services being offered.

The present government bets high on marijuana and could legalize it by the end of their term. Apple controls a healthy 56% of the US smartphone population as of 2021 first half and the rest 44% by Google’s Android OS.

Consumers looking to purchase cannabis can visit the Apple (App) Store and search for an application that deals with the sale of marijuana, which was earlier not available. Weedmaps is among the first firms offering an iOS updated app.

The only rider being, that the legal sale of cannabis must be geo-restricted as per legal jurisdiction.

The ban on “apps that facilitate the sale of marijuana or marijuana products, regardless of legality” remains in effect in the Google Play Store. It prohibits in-app cannabis orders, apps that arrange marijuana delivery or pickup as well as in-app sales of THC (Tetrahydrocannabinol) products such as CBD oils containing THC.

Quote: “Apps that encourage consumption of tobacco and vape products, illegal drugs, or excessive amounts of alcohol are not permitted on the App Store. Apps that encourage minors to consume any of these substances will be prohibited. Expediting the sale of controlled substances (except for licensed pharmacies), marijuana, or tobacco is barred.”

Quote: “Apps that encourage consumption of tobacco and vape products, illegal drugs, or excessive amounts of alcohol are not permitted on the App Store. Apps that encourage minors to consume any of these substances will be rejected. Facilitating the sale of controlled substances (except for licensed pharmacies and licensed or otherwise legal cannabis dispensaries), or tobacco is proscribed.”

“Apps that provide services in highly-regulated fields (such as banking and financial services, healthcare, gambling, legal cannabis use, and air travel) or that require sensitive user information should be submitted by a legal entity that provides the services, and not by an individual developer. Apps that facilitate the legal sale of cannabis must be geo-restricted to the corresponding legal jurisdiction.”

Apple’s decision is based on financial outcomes. Continued legalization crusade in states like New York, as well as recent announcement by Amazon that they would do away with the draconian mandatory drug test on workers for cannabis worked in favor of rescinding the ban. This is in addition to the lobbying for a federal legalization bill. There are positive indicators that Google would soon follow suit and update it policies.

Facebook, in 2019 aided by artificial intelligence began identifying images of marijuana and continued to outlaw commercial advertising of cannabis products. This was notwithstanding the legal stand under state law.

Non-commercial cannabis news site, Marijuana Moment and state regulatory bodies (like Massachusetts Cannabis Control Commission) have suffered ill-will and cold-shoulder due to anti-marijuana policy in spite of not encouraging or selling cannabis products. These organizations have been veiled from being presented in search results.

In spite of marijuana firms being excluded from Google’s app market, top officials of firms are bullish about slackening of cannabis laws.

Eaze, the San Francisco headquartered cannabis delivery platform has taken top spot in the dash to launch a fully functional cannabis delivery app. Eaze previously only allowed clients to view cannabis products. And when a client needed to purchase, it had to be completed via a mobile web browser.

Which didn’t an ideal experience for consumers as websites are difficult to traverse on a mobile to complete a purchase.

Several agencies and groups are upbeat that Apple made this change in policy because these apps inadvertently it should diminish the sale of cannabis on the black market. Now businesses are confident that the in-app cannabis commerce will encourage conversion and repeat purchases as compared to just browsing the app.

Folks who have tried ordering via Weedmaps app on iPhone have enjoyed a seamless and intuitive experience offered by the app. Now consumers can search and order cannabis directly from licensed dispensaries using the app. This is similar to other purchases customers make for food, groceries, electronic goods, etc online. Apple does not take a cut in these in-app transactions.

They are now seeing increased engagement in-app and enhanced interest in the loyalty program. In fact after the launch of the new app, 9% of the online transactions was through the mobile app.

Conversion rates to buy products on mobiles have risen by 25% as compared to sale on a web browser. Eaze said that mobile customers were now 50% more likely to complete a sale via the new app. And that there has been a 7% increase in first deliveries. 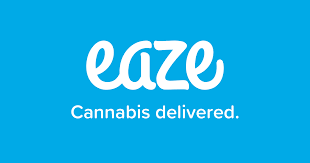 The Weedmaps iOS app after necessary updates introduced late last year shows that the total volume of orders placed from both the app and the company’s website has gone up by 10% in most regions. Weedmaps app allows in-app cannabis orders in 15 states as well as Puerto Rico and Ontario.