Ecommerce websites in Germany are amazing and powerful channels for commercial transactions.

Germany is a country where almost everyone shops online and with around 84 million residents, ecommerce businesses are bound to have a good launch-pad.

Ecommerce or electronic commerce is the act of buying and selling of goods and services over the internet. It is also the transmitting of funds or data primarily using the internet to complete the above functions.

There are several types of ecommerce such as B2B, B2C, consumer-to-consumer or consumer-to-business.

Business-to-business (B2B) ecommerce is the electronic exchange of products, services or information between businesses. A report published predicts that by 2023, B2B ecommerce will breach $1.7 trillion dollars and account for 17% of all retail sales in the US B2B sales.

Business-to-consumer (B2C) is retail ecommerce via the internet. In this type of ecommerce businesses sell products, services or information directly to consumers.

Today, there are umpteen virtual stores / malls on the internet selling all kinds of consumer goods. Amazon is among the most recognized of these sites and it dominates the B2C market.

Consumer-to-consumer (C2C) is a type of ecommerce where consumers trade products, services and information with each other online. These transactions are typically conducted utilizing a third party that provides an online platform for the transactions to be carried out.

Introduction To Ecommerce Websites In Germany

Owners of Kirana Stores or the Corner Store spend sleepless nights reasoning how to keep up with the changing times and which strategy would be the most suitable for their brick and mortar store. Entrepreneurs aiming to launch a physical store in any city or town are in baffled on how to ensure sales keep up with the investment put in.

The solution is right here. Ecommerce is the way out.

The past two decades saw the widespread use of ecommerce platforms such as Amazon and eBay. These have contributed to substantial growth in online retail. According to the US Census Bureau in 2011, ecommerce accounted for 5% of total retail sales.

After a decade in 2020, when the COVID-19 pandemic was playing truant with people’s lives, ecommerce sales has risen to over 16% of retail sales.

In recent years there has been upsurge in ecommerce which can also be partially attributed to the after-effects of the pandemic. Many analysts, economists and consumers now debate whether the online B2C market could soon make physical, brick-and-mortar stores archaic.

How Does Ecommerce Work?

Ecommerce is driven by the internet. Customers access online stores either on a website or app to browse through and place orders for products or services. The payment process also can be processed online itself.

The above stats are surely a cherry on the cake for upcoming players who are dreaming to make it big in this industry.

Below is an insight into the Top 5 ecommerce websites in Germany that have proved their mettle.

Amazon was founded on 5th July 1994, by Jeff Bezos and is headquartered in Seattle, Washington, United States. The company has raised $108 million in 2 rounds of funding. The latest funding was raised on 24th July 2001, from a Post-IPO Equity round.

Amazon is among the top ecommerce websites in Germany and the business model that Amazon operates on, is the two-sided marketplace model, whereby they ensure hassle-free interaction between buyers and sellers. 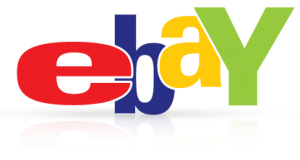 This company was founded by Pierre Omidyar on 3rd September, 1995. It has its headquarters in San Jose, California, United States. eBay has raised over $6.7 million in funding. The last funding round helped them raise over $6.7 million Post IPO, on 29th April 2013.

The company conducts its business via 2 types of ecommerce, which is consumer-to-consumer and business-to-consumer sales through its website.

eBay monetization strategy is via transaction fees and marketing services that they offer to businesses. The company also earns through commissions that they charge from buyers and sellers.

eBay is among the top ecommerce websites in Germany and it operates on a business model wherein they help businesses and individuals to list new or used items for auction at a nominal fee.

Otto headquartered in Hamburg, Germany. One of the world’s biggest online marketplaces in Germany. It was founded by Werner Otto on 17th August, 1949.

Otto uses internet technology to be in close proximity of their customers, this is so as to understand their needs and fulfill them.

There are relevant offers, services and innovative technologies to ensure customers are served. Otto is among the first German retailer that recognized the importance of Internet in the retail industry as early as 1995. And they went on to launch the first version of Germany’s largest online shop, otto.de

The company has raised $1.8 M in funding over 3 rounds. Their latest funding round was raised on 1st June, 2022, from a seed round.

Otto follows a ‘closed’ marketplace model meaning each EAN code – is sold by only one supplier.

MediaMarkt was founded by Leopold Stiefel, Walter Gunz, Erich Kellerhals, and Helga Kellerhals on 24th November 1979 in Munich. It is Germany’s number one electronic retail industry. It is headquartered in Barkarby, Stockholms Lan, Sweden.

The latest funding round was Acquired on 7th November, 2019. There are over 1000 stores of MediaMarkt in Europe selling consumer electronics.

The company achieved a 14% rise in revenue per user after implementing a customized approach like the Newsletter Signup model, personalized recommendations, and implementing loyalty programs.   5.     Zalando.de 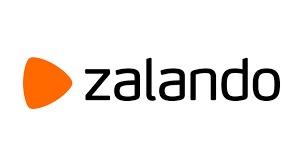 Zalando.de was founded in 2008 by David Schneider and Robert Gentz. It is headquartered in Berlin, Germany. Zalando is an ecommerce platform selling fashion products to customers across the European continent.

Zalando’s ecommerce platform offers new and pre-owned fashion products for men, women and children in various categories such as shoes, accessories, or clothing. It is a leading online fashion company in Europe serving the fashion niche in a far better manner than any other European competitor.

Zalando offers almost 2000 brands of goods on its platform such as Nike, as well as luxurious ones like Armani.

Zalando strategizes in a manner wherein they purchase most clothing items on a wholesale basis. Yet, they also allow brands to utilize their logistics service to sell their items via its platform. Zalando operates its own distribution and fulfillment network with warehouses located in Germany and Poland from where they serve customers.

Zalando also offers styling service called Zalon. In this service a combination of AI and human input is used to send customers one to two outfits every month to try out. The company went public in 2014 and now finds presence in over 25 European markets. The company has close to 49 million active users in these markets put together.

Zalando is one of the top ecommerce websites in Germany and operates on a marketplace business model. It uses a platform-based marketplace model for fashion brands to sell their wares.

Zalando generates revenue by purchasing stock and selling it for profit. It also charges a commission from seller who use their platform for selling goods.

Benefits Of Launching A Similar Business

Therefore, make your online store mobile-friendly. Optimize the website UX and UI to reap the full benefits of the business.

To be successful at ecommerce, businesses should have a comprehensive list of the products and services that they intend to sell via the internet. The website/app should be easy to navigate, user friendly and aesthetically appealing. Make sure you website is also optimized for mobile devices.

Mobile ecommerce sales touched $2.91 trillion in 2020 and by 2021 it breached the $3.56 trillion mark. Thousands are shopping via mobile devices, hence it is critical to optimize your online store for them.

Also ensure the checkout experience is not clunky or cumbersome. Ensure it does not involve too many steps or the sale may be lost. Shopping cart abandonment or the average abandonment rate stands at 68%.

To ensure you have a good product in your hands, visit Appscrip and check out our ultimate multi store eCommerce software for entrepreneurs looking to get into the on-demand e-commerce business niche named shoppd.

Interesting overview of e-commerce websites. Thanks for sharing