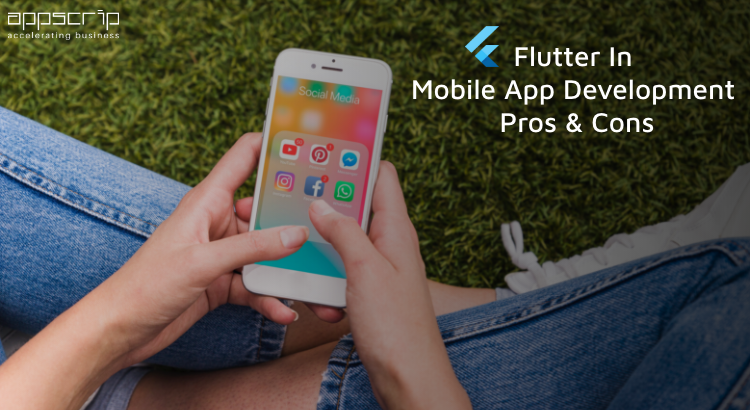 Flutter is an open source, Google’s mobile app SDK for creating high-performance, visually attractive, high-fidelity mobile apps for iOS and Android which makes it easy for you to build user interfaces that react smoothly.

Flutter framework enables a smooth, easy, cross-platform & cost-effective mobile app development. You don’t need to develop an iOS and Android app separately. All you need is one codebase for both the platforms, reducing the amount of code required to synchronize and update your app’s view.

Flutter is perfect for creating a customized application experience. Time and time again it has been shown that award-winning applications focus on delivering beautiful custom experiences rather than the pixel perfect native iOS/Android look – and Flutter delivers on this – Tomek Polanski, Senior Android Developer, Groupon

Flutter at a glimpse

Why Developers Use Flutter?

From the perspective of an app owner, the crucial advantages are – Flutter speeds up the mobile app development process, reduces the cost of app production, and helps your team to build a beautiful app UI with smooth animations.

To meet all these demands, the developers have to adopt solutions that allow:

Faster coding: For developers, Flutter means faster & more dynamic mobile app development. In case of native app development, the project needs to be rebuilt and that takes much more time. You have to wait for every single change – sometimes, even up to several minutes.

Whereas, using Flutter developers can make changes in the code and see them straight away in the app via Hot reloading feature, which usually only takes mili seconds and helps teams add features, fix bugs and experiment faster.

Single Codebase: You don’t need to develop an iOS and Android app separately. Because of one codebase, the developers write automatic tests only once, means less testing! The Quality Assurance process can be faster.  Of course, if your apps have some differences, they need to be tested on both platforms.

Fascinating Designs: Flutter is designed to make it easy to create your own widgets or customize the existing widgets. You can browse a catalog of Flutter’s widgets and view, for example, Material Design widgets & Cupertino widgets.

Device Independent App UI: Your new app will look the same, even on old versions of Android and iOS systems. There are no additional costs for supporting older devices. Flutter runs on Android Jelly Bean or newer, as well as iOS 8 or newer. For example, two Android versions as shown below – Android 5.1.1 & Andriod 8.1.0 respectively.

What are the risks associated with Flutter?

A few risks for mobile App Owners while using Flutter framework are :

Flutter is still in beta: Since its release, the Flutter team hasn’t released the stable version yet.

Our APIs are stabilizing, and we continue to improve parts of the system based on user feedback. Some key features are not yet ready for broad deployment – Official Flutter website.

This means that we can expect changes and improvements until the stable version of Flutter is ready.

Libraries & support not so rich for native development: Google support for Flutter is impressive and there are many helpful libraries with functionalities ready to be implemented. But Flutter is still new and not every functionality which you need can be found in these libraries.

This means that your developers would need to build them by themselves, which can be very time-consuming. However, we can expect that the support for Flutter will improve at a rapid pace.

Continuous Integration support: Since Flutter is still in beta, it is not widely supported by CI platforms like Travis or Jenkins. So, to achieve automatic building, testing, and deployment, your development team needs to use and maintain custom scripts.

However, Bitrise.io is the exception where you can find a ready to use build steps.

Do all mobile apps support Flutter?

There are a few cases when you should not consider if Flutter is the proper solution:

Progressive Web Apps & Instant Apps: They need to be small and Flutter apps – 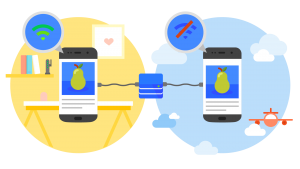 even optimized – are bigger than native ones. The overhead varies from just a few to 20mb, depending on whether it is a release or development build.

Apps communicable with any hardware over Bluetooth: Features, like BLE connections, must be developed separately for iOS and for Android. You can develop them natively and add them to the main Flutter app.

Apps demanding rare, little-known native libraries: In your app development, if you expect to use any specific and rare native libraries & they are not already in Flutter’s repository, it will be complicated. Developers would have to implement the custom platform channels by themselves – separately for both Android and iOS.

Wrapping up our discussion, the major risk comes from the fact that Flutter is still improving and is not 100% completed. So, if you want to use Flutter, you may want to wait for the stable version release.

However, Flutter has many more advantages for business and development teams than risks. It’s worth considering, especially if you want an app for iOS and Android to build beautiful, high-performance and outstanding mobile apps which fit your custom needs and requirements.