A family-owned supermarket firm in Chicago became an acquisition target last year when rapid-delivery players entered the US with their 15-minute-delivery strategies.

With the launch of their Go Grocer company in Chicago last month, Paul Stellatos and his brother Greg made the leap into the fast-growing world of grocery delivery. What sets Go Grocer Business Model apart from the other companies in the rapidly growing field of same-day delivery?

Going forward, Paul Stellatos believes that Go Grocer’s focus on expanding from the shop up, rather than from the app down, will set the company apart from its increasing list of competitors as it expands both domestically and internationally.

With 16 sites in the Windy City, Go Grocer claims to be a 7-Eleven and Whole Foods Market hybrid. The Go Grocer co-founder tells Insider that taking over these small-format businesses and leveraging them as distribution facilities would offer any speedy player a significant advantage in the city immediately. 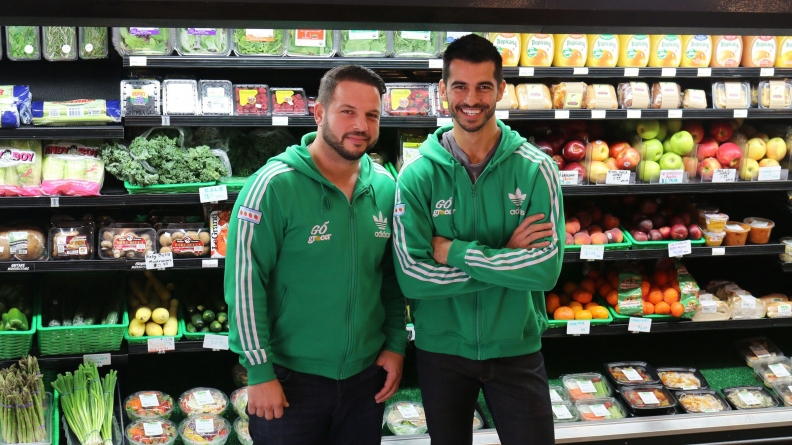 Go Grocer, on the other hand, refused acquisition proposals from two unidentified rapid players because it wanted to go out on its own and deliver swiftly. Stellatos said Instacart also contacted the company while it was in negotiations with other rapid-delivery companies last year.

As Go Grocer’s app was released in November, such discussions ceased to exist. A “hybrid” grocery delivery and order pickup methodology was used.

Greg Stellatos, one of the two brothers who launched the business with him in 2008, explained their decision to wait and watch.

Go Grocer’s labor and real-estate costs are immediately reduced when locations are available to the public. Go Grocer’s chief financial officer, Stellatos, explained that the company was able to keep expenses down by repurposing existing stores and workers for the new delivery and pickup services.

It was the goal of the competitors to figure out how to use the chain’s stores in the Windy City for fast delivery of goods.

Moreover, according to Stellatos, Go Grocer has a strong customer base and no venture capitalists advising him how to operate the company.

In an interview, Go Grocer’s CEO noted, “We don’t have any partners or investment firms breathing down our neck.” He added, “We are now bootstrapped and profitable.”

No promises of fast 15min delivery

Go Grocer does not promise 15-minute delivery like its competitors. According to Stellatos, the high cost of real estate and labor in the United States makes establishing dark storefronts for rapid delivery an unprofitable business strategy.

Because its stores are located in densely populated sections of the city, Go Grocer may sometimes provide same-day delivery. According to Stellatos, some businesses can deliver goods in seven to 12 minutes. It takes an average of 22 minutes to get a package delivered.

Go Grocer has a $15 minimum for delivery orders, but ultrafast players can deliver a pint of ice cream for under $2 in 10 or 15 minutes. Stellatos claims that Go Grocer is able to offer free delivery while still making a profit on each purchase because of this bare minimum.

When it comes to making deliveries, Go Grocer relies on a mix of its own employees and third-party services like DoorDash and Uber Eats. The use of last-mile operators, according to Stellatos, is far more cost-effective than having gig or full-time couriers hang around the store waiting for orders during downtime.

“Our advantages in this game is that the expenses that dark warehouses incur, we don’t incur those expenses because we already have a hybrid profitable model,” noted the co-founder. “All our stores are open, profitable, and all we’re doing is adding the app, or what I call the cherry on top to the customer experience.”

Rivals try to take on the service with promotional offers

“Very unsustainable” is how Gordon Haskett analyst Robert Mollins described the practice of ultrafast delivery players offering $20 to $25 off each purchase for first-time consumers in a recent research note.

According to Stellatos, going down the same discounted road with Go Grocer would be a mistake since “there is no return value” in giving away your goods.

Stellatos stated that Go Grocer has a long history of loyal customers, so convincing them to use the app is a simple transition.

In the short term, the hybrid strategy appears to be working out well. Every month since its inception, Go Grocer’s app has seen a rise in the number of users and an increase in the average basket size to $60 or more. With a $125 million valuation, the grocery-delivery start-up has survived at least one competitor, since 1520 shut down operations in December.

We’re just hunkering down and making sure we can be as lucrative as possible while still providing the greatest possible user experience for our customers,” Stellatos added.