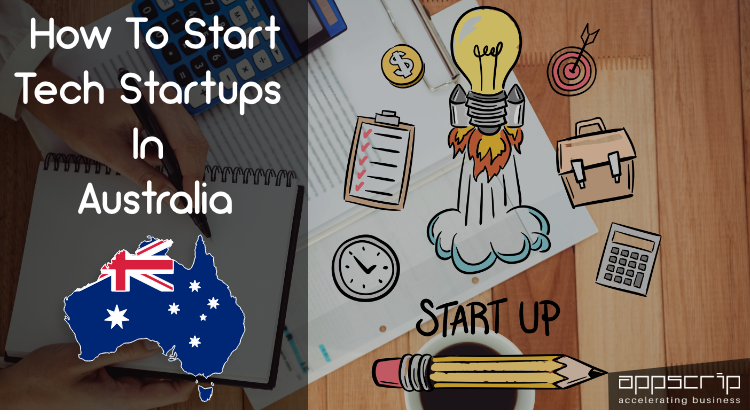 How To Start Tech Startups In Australia

There is a global gold rush at the moment that is generating intense international competition to attract the best tech startups in Australia.

Starting a company is like throwing yourself off the cliff and assembling an airplane on the way down – Reid Hoffman.

In less than 10 years Australia’s technology startups sector has gone from very little activity to an explosion of people and investment — the ecosystem is now one of the fastest-growing startup sectors globally.

Stuff is hot. And getting hotter.

However, great companies always find inefficiencies in the market they operate in, and create products that fit snugly into the market need.

The Starting Line Of Tech Startups In Australia

So if you want startups idea, here is how we can think about it for a B2B tech startup. It’s not a single day workout process but a recursive one, more specifically a continuous hit & trial method until you hit on the bush.

1. Find an Australian market that excites you

Most successful entrepreneurs I’m aware of either explored their choice market carefully or have toyed with a side project that happened to show massive and unexpected early promise and only then evolved formally into a company in Australia. Otherwise, you’ll be bored to death while doing your market research.

2. Research the heck out of this market

Once you have decided your target market, the next step is a through 3-6months market research. Put a foot in the door of anyone who will open it for you, and learn from them. Try to diversify as much as you can in terms of company size and business verticals.

You also need to consider geographical regions you are targeting, Australia in these, & churn out as much information as you can for the market. To know the major reasons why you should consider Australia for your startups, refer here.

The nice thing about doing a thorough market research is that you may have created your first five real customers there itself. So this is the time you need to start building your MVP(Minimum Variable Product).

The idea of MVP is that you produce an actual product that you can offer to customers and observe their actual behavior with the product/service. Seeing what people actually do with respect to a product is much more reliable than asking people what they would do.

4. Align your “idea” with the market trend

The market is quite dynamic today. It shifts and changes under your feet, competition emerges, the customer today is more demanding than ever. You understand much more about the market while actually trying to sell something.

Most of the ideas for modification & product diversification is generated from the market itself where the scope for a better, improved product is always open.

5. Share your idea to as many people as you can

Australia is a vibrant country with an exciting energy. According to a survey by Startupmuster, Ultimo has Australia’s highest concentration of startups, with 52 startups per kilometer followed by Melbourne with 16.5 startups/ km and Sydney with 15.4 startups/ km.

Sydney is the largest of the Australian startup hubs with 35% of the nation’s startups, followed by Melbourne at 14% and Brisbane at 9%.

As you progress in the market, try to solve niche specific problems & share your ideas with others for receiving their suggestions to expand your business.

Check-out our business-ready solutions for startups in Australia
Click Here
Share :
Disclaimer: The Blog has been created with consideration and care. We strive to ensure that all information is as complete, correct, comprehensible, accurate and up-to-date as possible. Despite our continuing efforts, we cannot guarantee that the information made available is complete, correct, accurate or up-to-date.