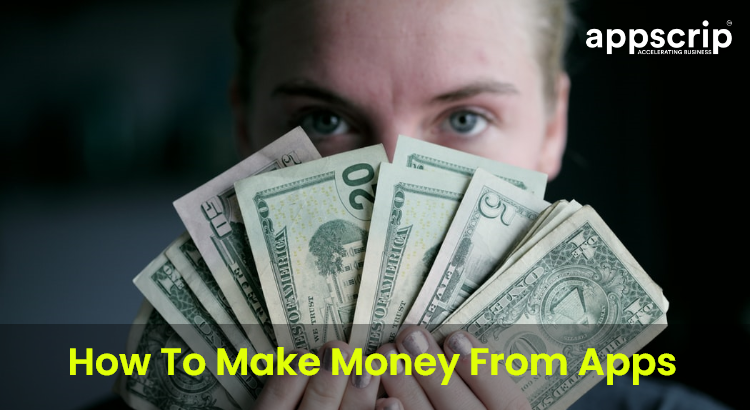 4 Proven Ways On How To Make Money From Apps

In layman’s terms, an app (short for application) is a type of software or program that helps you perform a specific task. Applications for desktop/laptops are called desktop applications, while those meant for mobile devices are called mobile apps. With umpteen number of apps now spread all over the globe, folks are interested to know how to make money from apps.

There are nearly 2.7 billion smartphone users all over the globe and close to 3.9 million apps. The industry is so enormous that how to make money from apps is every entrepreneur’s pot of gold at the end of a rainbow.

Growth of Smartphones world over 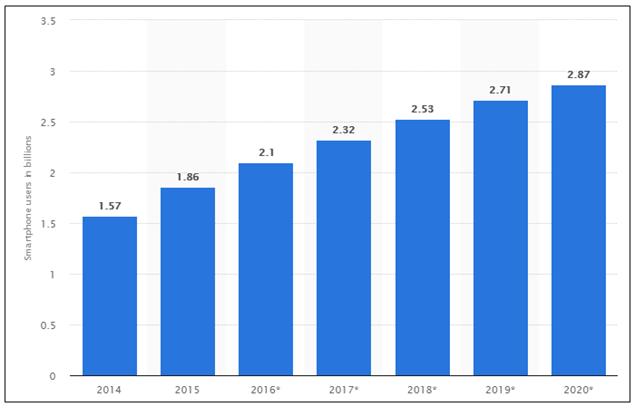 The growth of mobiles or smartphones over the years has been tremendous. From being able to talk to each other anywhere anytime, the world has moved to digital connectivity on the finger-tips. Suddenly the world has shrunk and you are closer to everything and you are in the know on each subject. 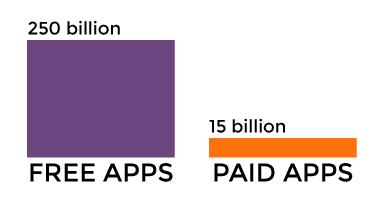 The tremendous growth of mobiles brought applications into existence. And apps is the driving factor to make life smoother, easier and enjoyable. Suddenly most activities of life could be done without breaking a sweat in the confines of your office or home itself. People feasted on apps in millions, for every sphere of activity. 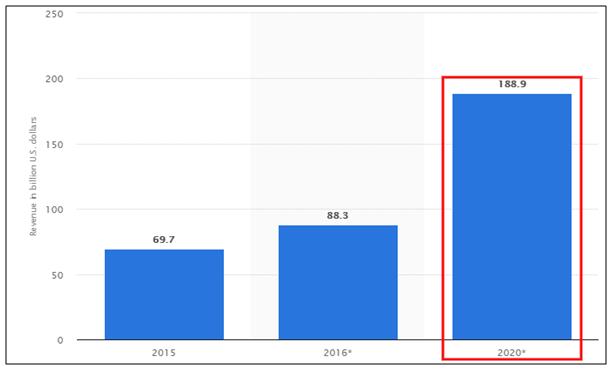 Now suddenly the world could envision a new trend. Billions were being invested on apps. The rules of life and economy of nations were beginning to be reset by this niche industry. 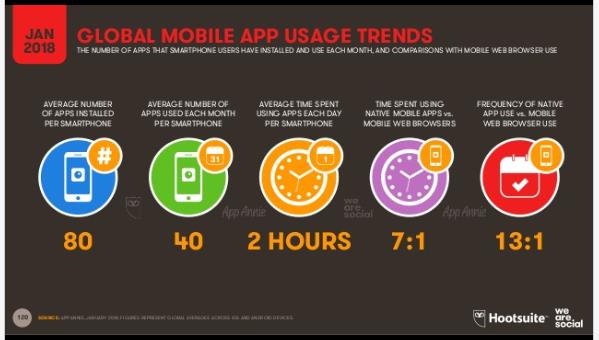 The trends of life took a massive change. People went from hard copies to digital copies almost at the flick of a button. Time spent on humdrum took a beating. Almost all activities from shopping, travel, ticketing, banking, music, food, travelling, etc., was being done on the smartphone.

Most Downloaded Mobile Apps world over 2018 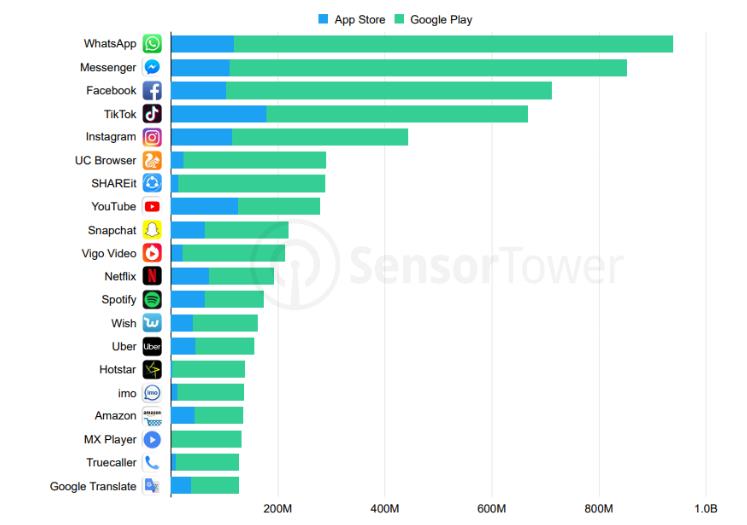 The vox-populi changed trends where the industry pundits had a lesser say. The board meetings convened had changes done to chart the course of a different future. The trends were eye-catching.

Time Spent By Adults in One Day 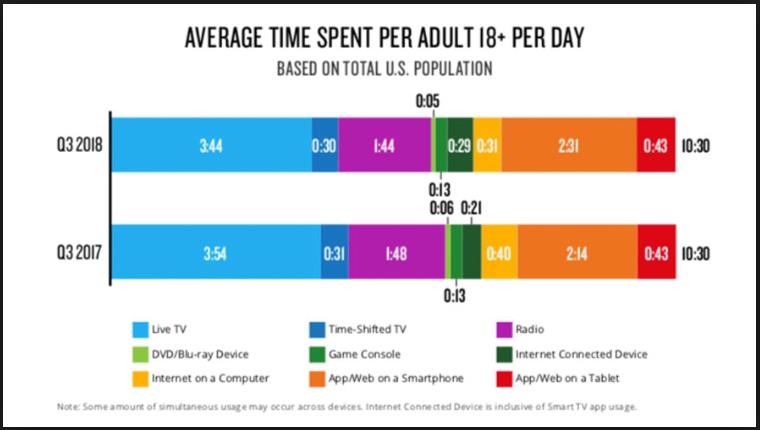 Priorities have been changing, newer trends emerging. The time spent on different electronic media and the choices of the adult generation bringing new avenues to the forefront. This certainly helps the industry to chart the future. 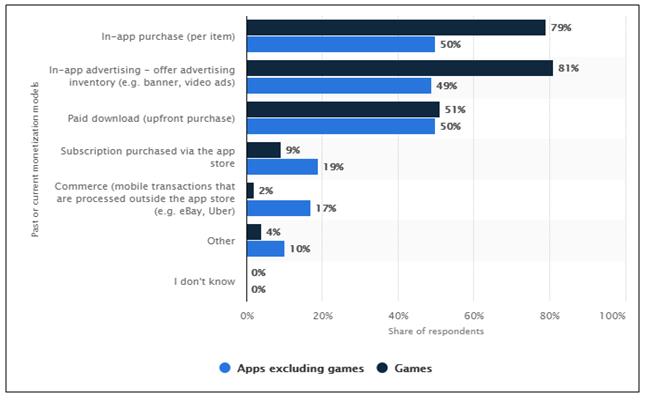 With the plethora of opportunities available, not many were ready to spend a dime on what could be availed at the touch of a screen. So the experts were out to find novel methods to earn their buck.

Also Read : Points to know before developing an app

How to make money from Apps

In-app purchases is an absolutely popular strategy enlisted by scores of apps in Google Play Store and Apple App Store. In-app purchases allows users to buy goods/services right in the app itself.

Ads have always been a driving force in the global market. They’re all over the place, mobile apps not excluded. Affiliate marketing employs in-app ads as a tool. You advertise your affiliates’ products (apps, games, etc.) inside your app and get revenue if users interact with the displayed ads.

In the free to premium version monetization strategy, you have a free version and a paid version of your application. Initially you offer the free version with reduced functionality.  Once the user finds the app useful- they would opt to endorse the paid version that has full-fledged options.

Getting a sponsor for your app is a remarkably remunerative model of monetization. After you create a mobile app, you publish it on app stores. Once it gains a lot of users, you could contact a sponsor and offer to update the design of your app to match the sponsor’s brand requirements.

The equity model on revenue sharing could be worked out between you and your sponsor on terms and conditions that is tenable to each other.

Conclusion – How to make money from Apps

There is no doubt that monetization/revenue from apps do not depend if the app is free or a paid one. What is imperative is how useful it is to make life easier for the masses or rather how to make money from apps. As long as a man runs out of time in his waking hours, there will always be the need of an app to further inhibit the time taken for some activity or the other. And there will be hordes to gulp it down.