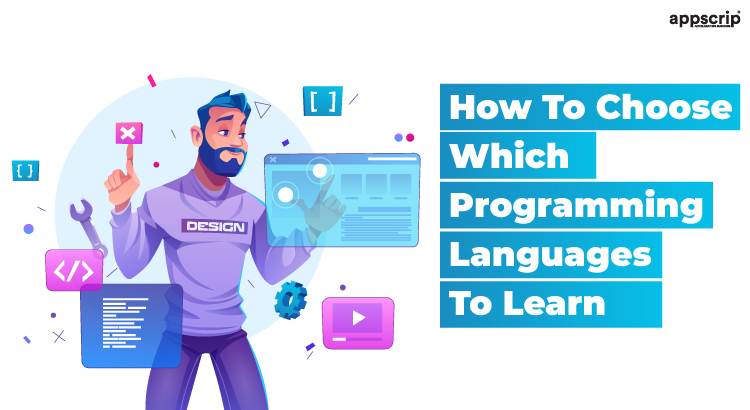 In software development, if we need to choose a language for a project, we need to ask a few questions to ourselves before we make any decision.

Knowing which type of mobile app you’re going to be developing is key in finding the right programming language.

When you create an app that uses a technology dedicated to one specific platform, like iOS or Android—that’s called a native app.

Each operating system has its own language used for coding a native app.

If you’re building an iOS native app, for example, you might want to use Objective C or Swift as the programming language.

For Android native app development, you would need to use Java or Kotlin.

Simpler code base and ecosystem results in faster performance
Functions well offline
Improved user experience due to platform-customized UI/UX components
Better security due to the various layers of protection of the operating system
Longer release cycles
Easier to prevent bugs and tech issues
Not dependant on third-party frameworks and libraries
Faster to build (since it’s for one specific platform)
Cons of Native App Development
Takes longer to develop for more than one operating system
Adding new features requires separate codebases
Since native programming languages are specific, you’ll need to hire a developer with that skill set

Everything has its pros and cons, and native app development is no different.

So who is this method of development best suited for?

If you plan on creating a gaming app or an app that has heavy animations, native apps are the way to go since they can handle it due to faster performance.

A hybrid app is a mix of native and web apps. It lets developers code in just one language which can be run on multiple operating systems.

You can use more well-known languages and frameworks when building a hybrid application, like JavaScript, HTML, and CSS.

When building this type of app, you would create your backend codebase which would then be covered in a native shell, allowing you to offer the app for both Android and iOS.

Easier to develop, especially for multiple platforms
Since you’re using the same backend for all variants, there’s faster development time
Cheaper to develop for, since you don’t need developers specializing in specific languages
Easier maintenance due to hybrid apps being based on web solutions
Having one codebase makes it easier to add new updates and features
Can easily integrate with web-based services
Number of Active Developers Globally

It’ll run slower if you have a complex, feature-heavy app
Relies on the security of your system browser
Having one codebase means the app runs equally on all platforms (instead of being coded to perform for a specific platform)
It’s a good idea to go with hybrid app development when you have a simple, content-based project that doesn’t involve heavy features and animations, or when you just want to get an MVP off the ground quickly.

Progressive web apps run in a web browser but still give users the look and feel of a native application.

So this means you can install the app on your mobile device—it works offline and can even —and you can still use hardware features like your GPS and camera.

Each platform is optimized and there are no limitations to what programming languages you can use.

If you want a low-cost and yet robust e-commerce app, PWA can be a good choice. Since it’s accessible on multiple devices and platforms, it’ll also result in higher traffic.

PRO TIP: Before jumping on what you think is the most popular mobile app programming language, take time to first think about which of these types of apps you plan on building. 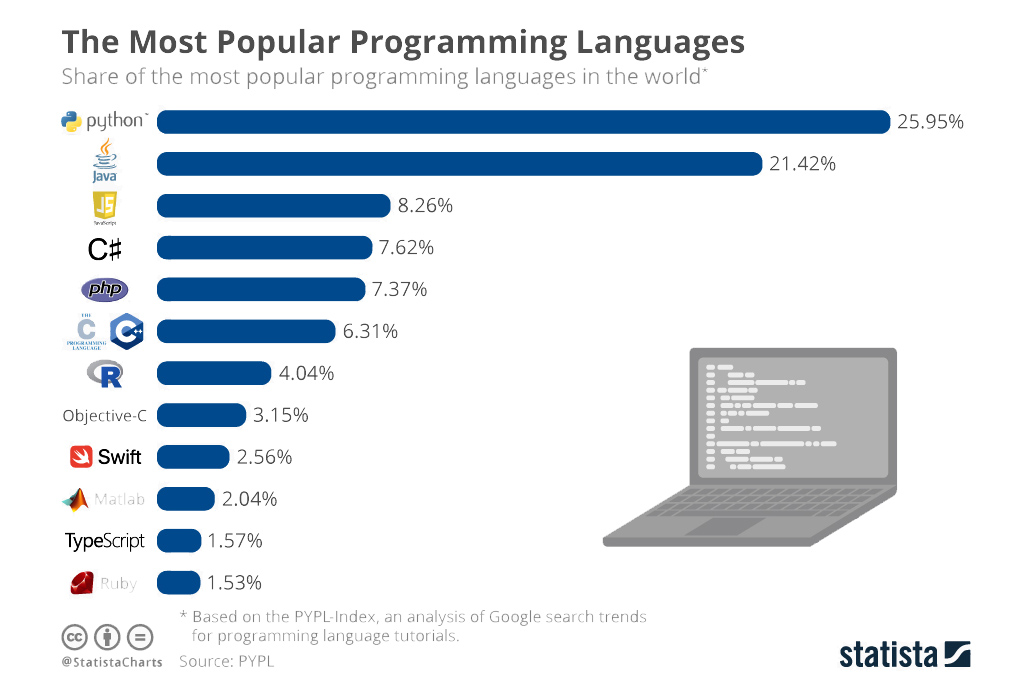 What Programming Language Should One Learn?

The most important skill to learn in today’s world is to know how to write a computer program. Today, computers have entered in almost every industry. Be it the autopilot in an aircraft or digital speedometer in your bike, computers are omnipresent.

Some of the popular options are-

2) Java– It is widely used for building enterprise-scale web applications. Java is known to be extremely stable and so, many large enterprises have adopted it. It is also widely used in Android App Development.

3) C/C++ is like the bread and butter of programming. Almost all low-level systems such as operating systems, file systems, etc are written in C/C++. If you wish to be a system-level programmer, C/C++ is the language you should learn.

4) Javascript– JavaScript is the “frontend” programming language. JavaScript is widely used to design interactive frontend applications. If you are looking for that cool tech job at your favorite startup, you should seriously consider learning JavaScript.

5) Go- Go, also known as Golang, is a programming language built by Google. Go provides excellent support for multithreading and so, it is being used by a lot of companies that rely heavily on distributed systems. Go is widely used in startups in Silicon Valley. However, it is yet to be adopted by Indian companies/startups. If you wish to join a Valley-based startup specializing in core systems, you should master Golang.

7) Swift is the programming language that is used to develop iOS applications. iOS-based devices are becoming increasingly popular. Therefore, those who want to serve this ever growing community can learn Swift programming.

8) PHP is among the most popular backend programming language. Though PHP is facing tough competition from Python and JavaScript, the market still needs a large number of PHP developers. Those who wish to join a reasonably well old organization as a backend developer should aim to learn PHP programming.

10) Matlab– MATLAB is a statistical analysis tool that is used in various industries for Data Analysis. MATLAB is used widely in the Computer Vision and Image processing industry as well.

11) Kotlin was announced as an official Android development language at Google I/O in May 2017. As of 2020, Kotlin is still most widely used on Android, with Google estimating that 70% of the top 1000 apps on the Play Store are written in Kotlin. Google itself has 60 apps written in Kotlin, including Maps and Drive.
In addition to its prominent use on Android, Kotlin is gaining traction in server-side development.

12) Rust– With direct access to hardware and memory, Rust is an ideal language for embedded and bare-metal development. You can write extremely low-level code, such as operating system kernels or microcontroller applications in rust.