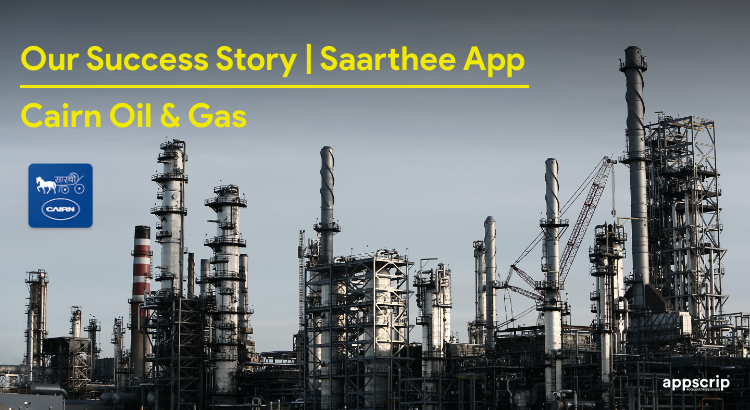 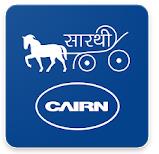 When the motto of any business is to make life easier and smoother for the masses, then success and revenue are by-products. Cairn approached Appscrip for a Software Solution – Saarthee App (an Application) to aid in the transportation requirements of their employees in the remote regions of Rajasthan and we delivered the necessary solution.

Cairn is a part of Vedanta Resources Limited, Cairn Oil & Gas is the largest private oil and gas exploration and production company in India currently producing more than 25% of India’s domestic crude oil production from assets in Rajasthan, Andhra Pradesh and Gujarat.

The Mangala field in Rajasthan was the largest onshore oil discovery in India during the mid-1980’s and they recently celebrated 10 years of successful operations. Mangala along with 2 other oil fields in Rajasthan has 2.2 billion barrels of gross hydrocarbons of oil equivalent.

Cairn has plans to invest $3.2 billion towards enhancing production significantly in Rajasthan.

The Rajasthan block is spread over 3,111 km2 in the Barmer district and 38 discoveries have been made in this block. Cairn’s acreage is now 65,000 sq km, making it one of the largest exploration startups globally. The Mangala field has produced 414 million barrels of crude. While Rajasthan in all contributed to 532 million barrels and furnished a royalty of Rs.33,500 crore to the Government of Rajasthan.

Oil fields being set in remote regions always suffer from incompetent transportation facilities. This was notwithstanding the fact that Cairn had made adequate arrangements. There were plenty of cars provided for employees, but availability was always the issue.

Having very many vehicles did not alleviate the situation as communication posed a challenge. Hence they decided to institute an App to assuage the situation.

The discovery and subsequent exploration of crude oil in the region has transformed Barmer from being a backward region to one of the most prosperous districts in the country over the last decade.

The district’s per capita income has spiralled by 650% to become the highest among the 33 districts of Rajasthan, and de facto higher than the national average.

Cairn CSR initiatives touched the lives of at least 10 lakh people in Rajasthan. Their community interventions in healthcare, drinking water and sanitation, child-care and education, and livelihood generation through natural resource management, arid-land farming, animal husbandry have brought about a positive change in the lives of people and communities in and around Barmer.