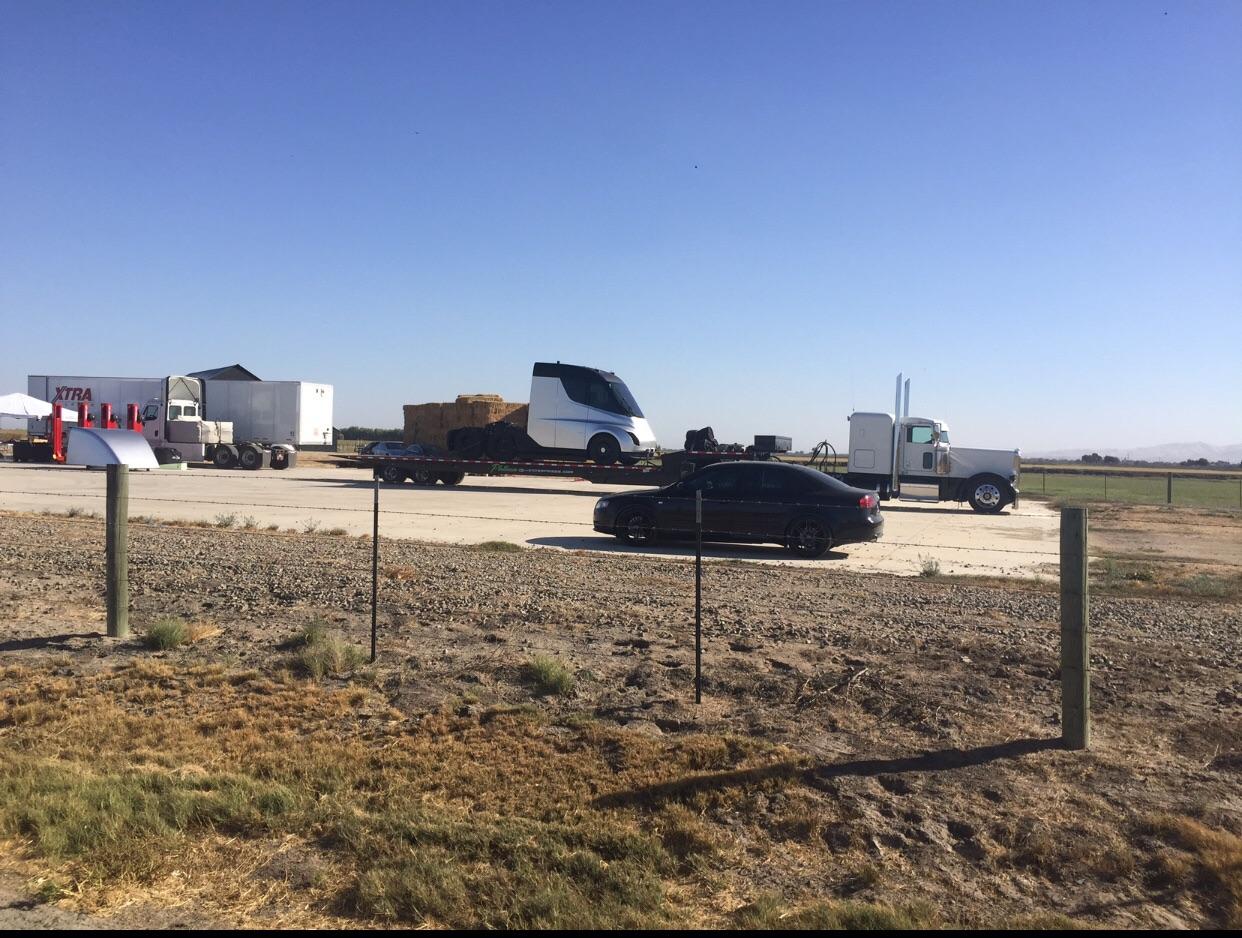 All eyes from the trucking and transportation industry are on Tesla, as Tesla launches its new electric semi truck today. The main questions seem to revolve around what the new semi hopes to offer and the potential ramifications electric trucks could have on the trucking industry.

“A lot of people don’t think you can do a heavy-duty, long-range truck that’s electric, but we are confident that this can be done” Elon Musk said at Tesla’s annual meeting in June.

Tesla’s Semi- In a Nutshell

– Class 8 semi truck with limited self-driving capabilities, not expected to have a sleeper berth.

– Capable of traveling 200-300 miles with a typical payload before recharging.

– Will share core elements similar to the Model 3, which uses cheaper electric motors that would, in turn, give the semis unparalleled electric torque for getting quickly up to speed with a heavy load.

The Perk Of Tesla’s Electric Trucks

– Transportation firms looking to reduce their emissions and operating costs have a high interest in electric trucks.

– Fuel from an electric grid is far cheaper as compared to diesel.

– Electric vehicles don’t need oil and fluid changes, and the brakes won’t need to be replaced as often because of regenerative brakes that convert kinetic energy into stored battery power.

– Tesla could become a major truck manufacturer if it can sell about 25,000 trucks a year. Morgan Stanley Analyst, Adam Jonas estimates the company could add $2.5 billion in annual revenue just by capturing 10 percent of the total U.S. new truck market.Currently in North America alone, the largest heavy-duty freight trucks—Class 8 semis—account for about $30 billion in sales each year, or more than 250,000 new trucks, according to industry data tracked by Bloomberg.
– Stations might be setup where drivers could either perform a flash charge of a smaller battery or take advantage of a battery-swapping system ie trading a drained battery for one that’s already ready to go. Overall reducing the time taken for fuel recharge.
– Tesla is planning to create autonomous self-driving semi-trucks that will follow a technique known as ‘Platooning’.Trucks in a ‘Platoon’ will automatically follow the lead vehicle thereby reducing wind drag and cutting labor expenses.

Cost Of The Electric Trucking Future

– If we were to consider an electric sedan or even an SUV, 200-300 miles on a single charge seems apt. However, it’s just about a third of what a standard semi-truck with a diesel combustion engine would be able to travel with, some capable of traveling around 1000 miles on a full tank.

– An electric truck with a range of 600 miles would approximately require a 14-ton battery, Which would cost between $120k- $290k for just the battery pack. This is nearly double the price of a standard class 8 truck.

– Trucks can carry up to 40 tons as per federal rules. Subtracting the estimated weight from components such as the battery pack, cab, wheels, and trailers – Tesla’s new semi would be able to carry about 9 tons of Cargo, which is two-thirds of the average payload hauled, being around 16 tons.

– In order to factor these estimates, Tesla would have to maintain its reduced range(200-300 miles)  to favor more load-carrying capacity.

Major truck manufacturers have been pushing rival electric projects, as smaller distances and lighter payloads require less battery power, and trucks can recharge at a central hub overnight.
Daimler will begin production of an electric delivery truck that will have a 100-mile range and be capable of carrying a payload of 9,400 pounds.UPS  is currently testing their class 6, hydrogen cell-based electric trucks for short hauling within cities. The development of the initial van was around $3.6 million. UPS plans to build and deploy 16 more Class 6 fuel cell vans in the UPS fleet by the end of 2018.

Daimler AG and United Parcel Service Inc seem to be banking on the fact that batteries will become cheaper over time and with environmental regulation increasing year by year, the case for electric trucks could strengthen.

Innovations like these could shake the foundation of the trucking industry and nations alike, which will have to make some big changes over the next few years to combat ever-increasing environmental regulations as well as to keep up with individual nations pledging to ban gas-powered vehicles and switching to electric-powered vehicles by 2040.