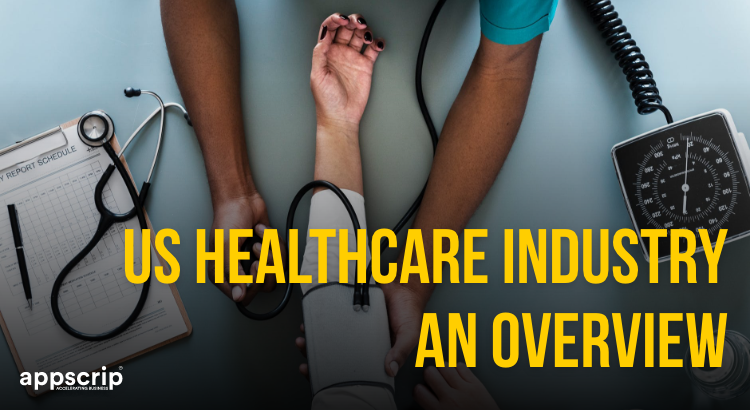 US Healthcare industry an Overview

Are you at cross-roads regarding which profession to adopt? If you are in the United States, then charting your course to become a physician is your best bet. And it’s a noble profession to boot. A physician in US makes $218,173 per year, while in other developed nations it averages to $106,607. There are 2.6 doctors per 1000 patients and there will be 54,700 unfilled posts for physicians by 2028. Read on – US healthcare industry an overview.

As per the bar-chart, only 8% of the population availed high priority preventive services. This does not augur well for a medical industry that prides itself to be among the best. It would also be worth looking at the reasons for such low numbers. 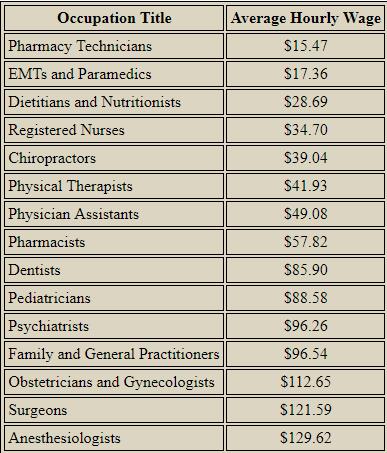 On the right find the average hourly wage rates as per the occupation in the healthcare industry.

For every dollar spent on healthcare, find above the details of percentage spent on each vertical.

The US government does fund two kinds of health plans: the poor are insured by Medicaid and elderly by Medicare; as well as veterans and federal employees and Congressmen. State-run programs insure other public employees.

From the details of portion of medicaid spending, we can see that the largest share goes to the disabled, even though the portion of beneficiaries are less. And the least spending is on the aged.

However, many Americans have their healthcare paid for by their employer. 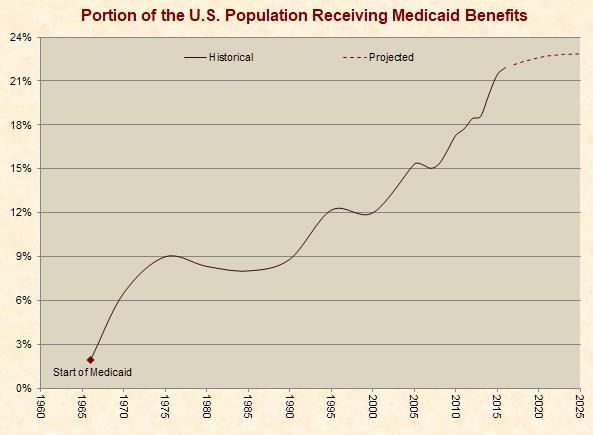 In the above graph we have details of US population receiving medicaid benefits. The numbers keep rising which is a good trend.

Healthcare in the US is provided by many distinct organizations. 58% of US community hospitals are non-profit, 21% are government owned, and 21% are for-profit. 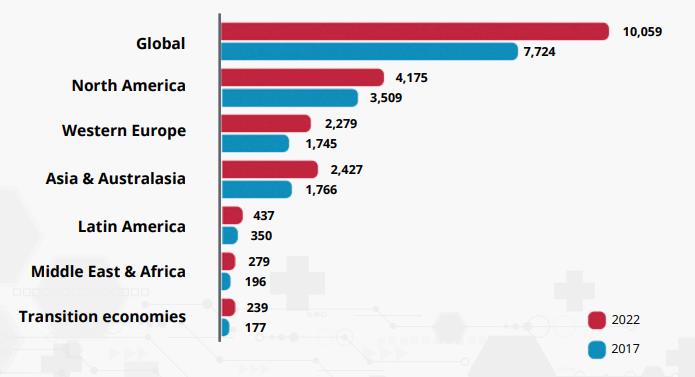 As depicted in the above picture, social determinants play a greater role than perceived earlier on the impact of health outcomes than does health care in itself. Healthcare alone will not suffice to get a ailing person healthy again. 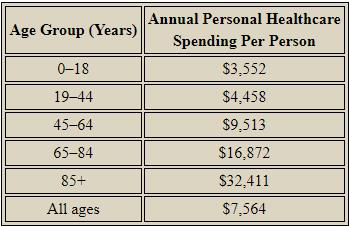 Unbelievable facts of US healthcare industry an overview: 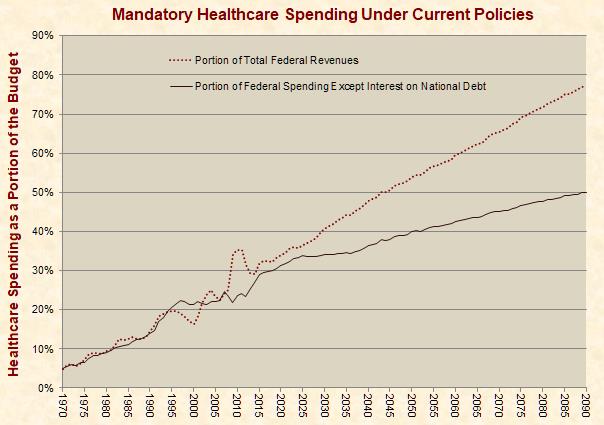 In the above graph, you can notice how over a period of time the percentage of spending on Healthcare (in relation to total federal revenues) has taken a beating. The gap only widens as years pass by. 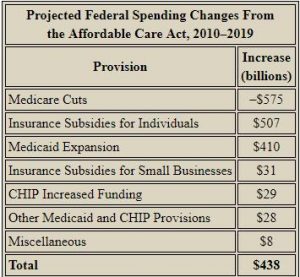 In the above finding, we can see that over the years the portion of uninsured has reduced. More numbers are opting for insurance.

On the right, in the box find the Federal Spending changes after the introduction of the Affordable Care Act (or Obamacare) – that is for the period between 2010 to 2019.

The increase is right on track as the aim to include more people under insurance is having positive effects.

The top three causes of death among both sexes and all ages in the U.S. have consistently remained 1) cardiovascular diseases 2) neoplasms and 3) neurological disorders.

While there is no consensus as to the single cause of rising U.S healthcare costs, experts have identified three contributing factors.

The United States spends considerably more on healthcare than any other developed nation, but the quality of healthcare is much worse.

From the above chart we can perceive the latest technology that would be inculcated into the healthcare industry.

The National Academy of Sciences found that among other high-income nations, the U.S. has a higher rate of chronic illness and a lower overall life expectancy. 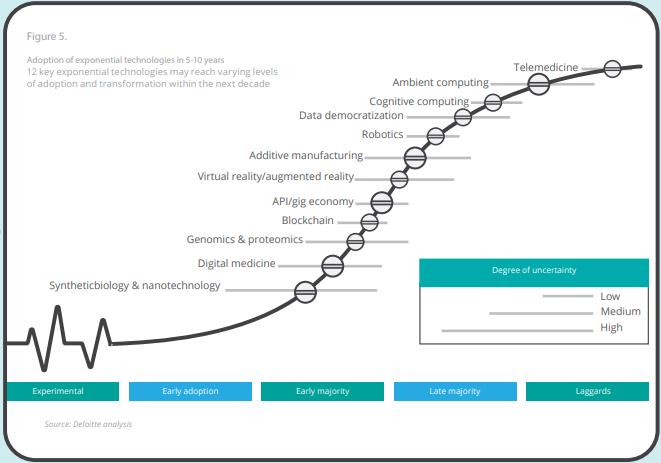 The terms ‘covered benefit’ and ‘covered’ are used regularly in the insurance industry, but can be confusing. A ‘covered benefit’ generally refers to a health service that is included under the premium for a given policy that is paid by the enrolled patient. ‘Covered’ means that some portion of the allowable cost will be considered for payment by the insurance company. It does not mean that the service will be paid at 100%.

For example, in a plan under which ‘urgent care’ is ‘covered’, a copay might apply. If the copay is $100, the patient has to pay this amount and then the insurance ‘covers’ the rest of the cost for the urgent care service.

Sometimes an insurance company might not pay towards a ‘covered benefit’. If a patient has not paid the annual deductible of $1,000, and the cost of the covered health service is $400, the patient would have to pay the $400. The service is ‘covered’ as it counts towards the annual deductible, therefore only $600 would remain to be paid by the patient for future services after which the insurance company would pick the tab.

Conclusion – US healthcare industry an overview

Healthcare policy affects the cost citizens must pay for care and their access to quality care. This can influence the overall health of a nation literally and economically. The rising cost of healthcare has placed an undeniable strain on the disposable income of citizens as well as on state budgets. Unless quality healthcare is easily accessible, the nation as a whole will suffer on all fronts.