GoPuff is working towards becoming the no. 1 modern-day digital supermarket that operates by prioritizing convenience more than anything else. Their technology and mobile application has played a critical role behind their massive growth & success.

Fortunately, you don’t have to hustle your way to crack the best mobile app script for your dark store business to be successful. Leverage our business-ready GoPuff clone software solution and launch your business in a significantly reduced time-to-market.

Get in touch
PRICING 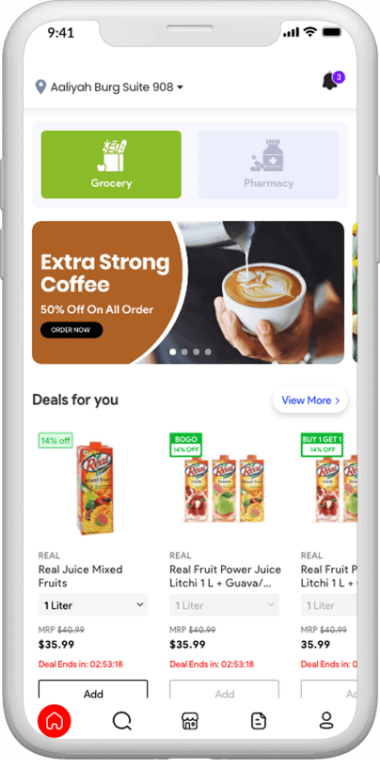 GoPuff is working towards becoming the no. 1 modern-day digital supermarket that operates by prioritizing convenience more than anything else. Their technology and mobile application has played a critical role behind their massive growth & success.
Fortunately, you don’t have to hustle your way to crack the best mobile app script for your dark store business to be successful. Leverage our business-ready GoPuff clone software solution and launch your business in a significantly reduced time-to-market.
Get in touch
PRICING 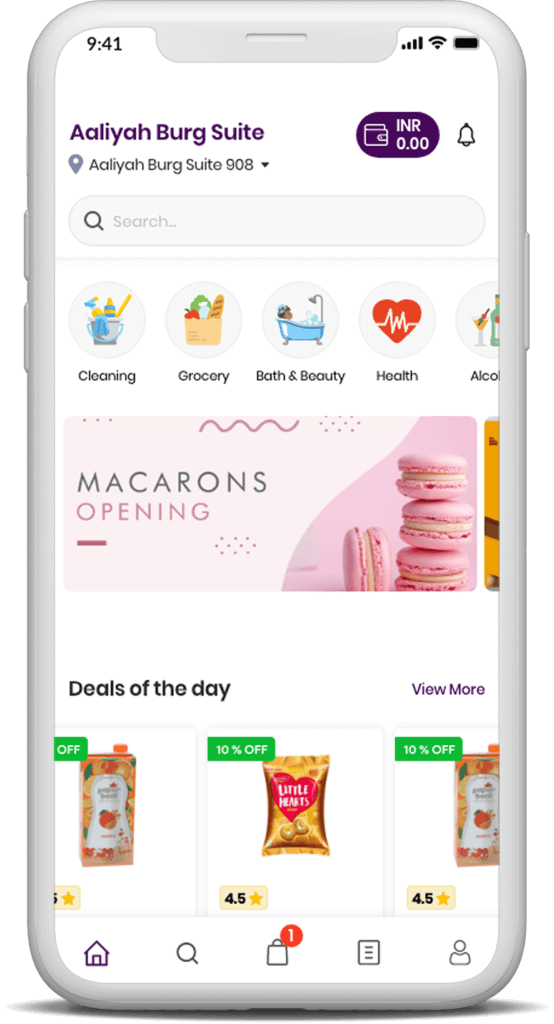 GoPuff Revenue And Valuation In 2021

Revenue Generated By GoPuff In 2021

Most Recent Valuation Of GoPuff In 2021 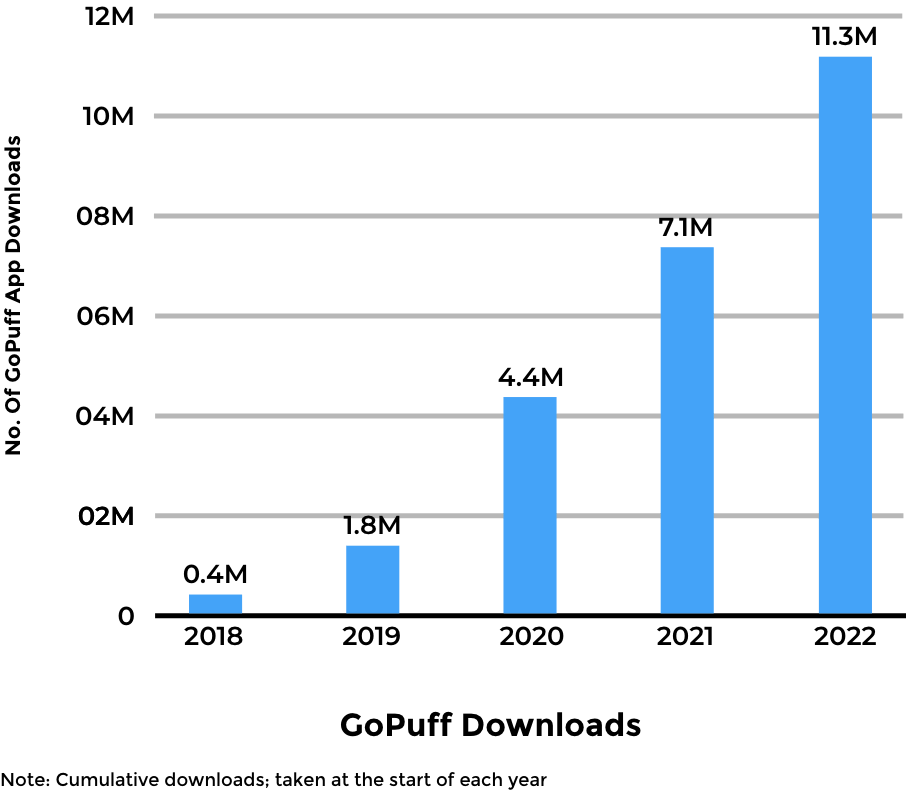 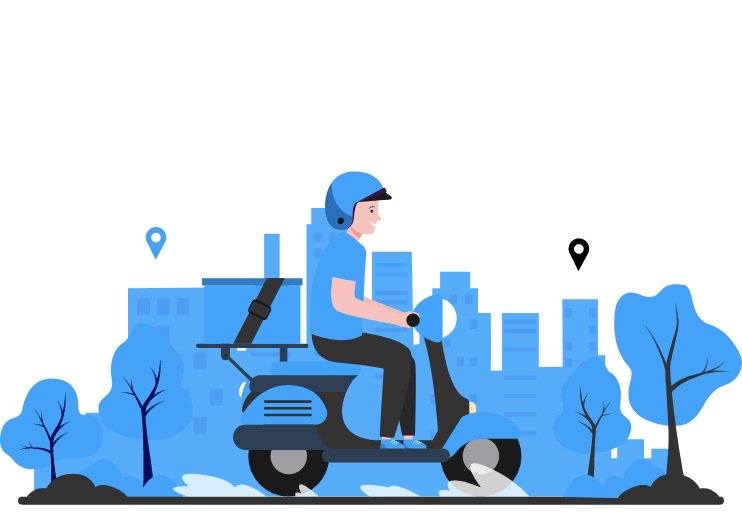 With an average visit duration of 00:05:07, GoPuff’s mobile application ranks #36 in the ‘Food & Drink’ category in the United States. This proves how critical it is to have a top notch mobile application backed by robust technology that enables the app to scale in demand.
Checkout our 100% in-house built GoPuff clone app for your 15-minutes delivery business, integrated with features for customers, pickers, drivers, store admins and super admins, making the entire flow for every order super fast and easy. 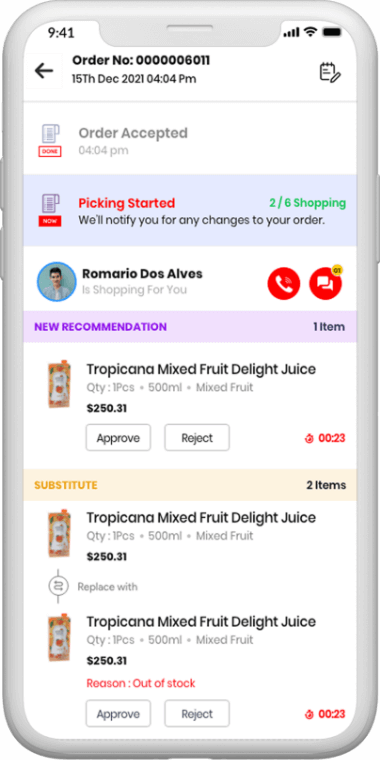 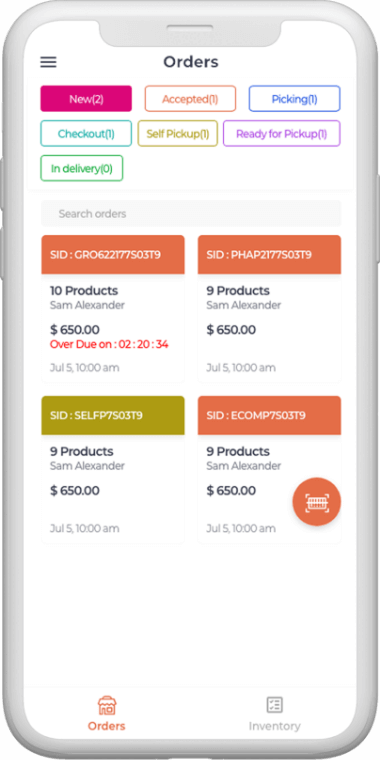 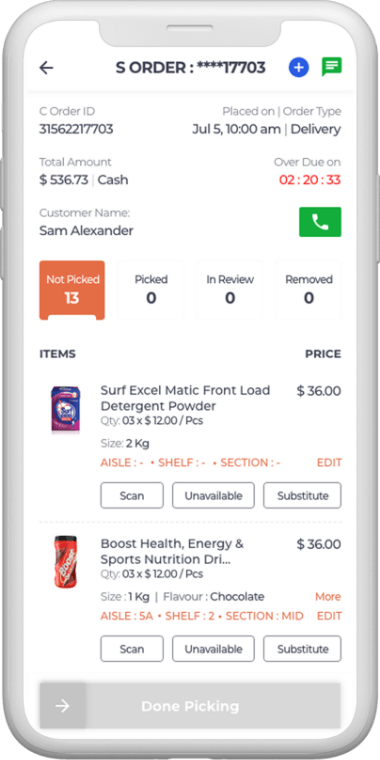 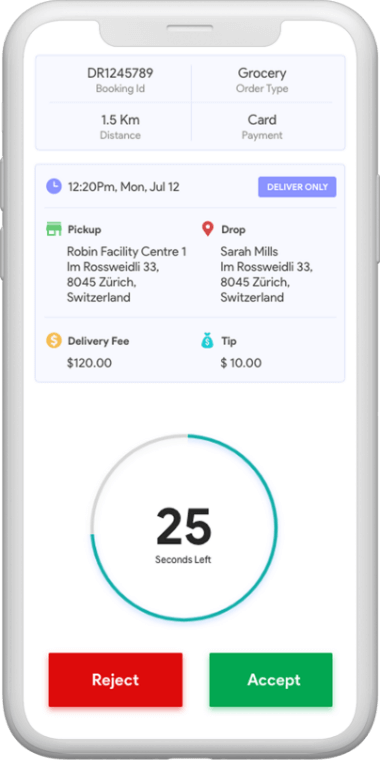 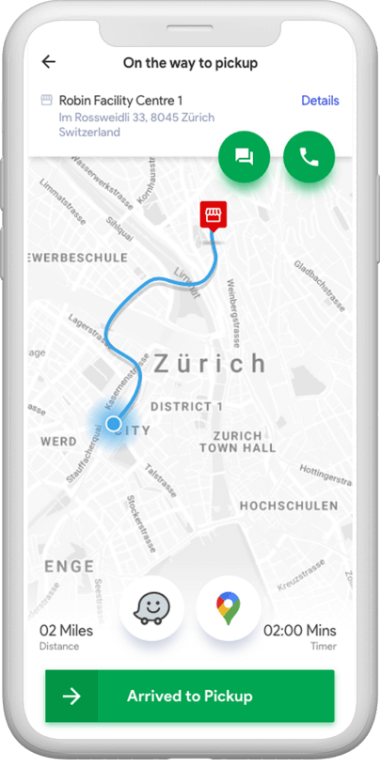 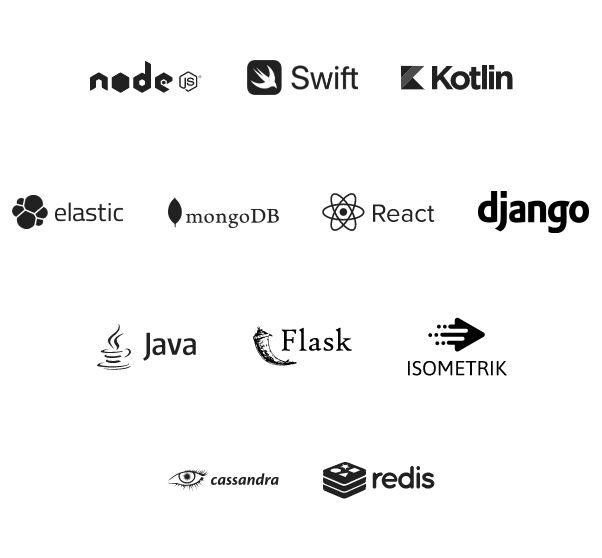 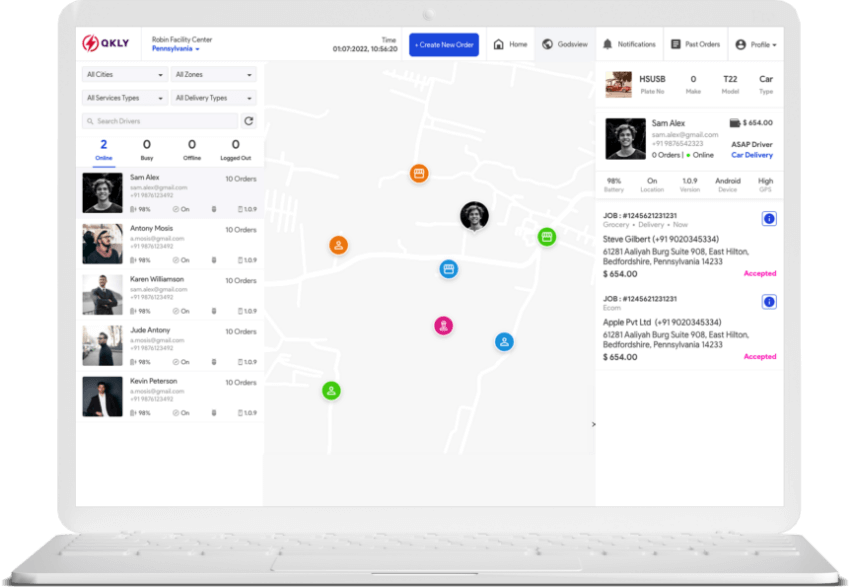 The GoPuff clone software can be modified to integrate your brand colors, keeping it consistent throughout

We help you publicize, sell, and distribute the release version of your application to users

We ensure hassle-free transactions in the app through Stripe, Razorpay & Kushki

Why Choose Us For Your 15-20 Minutes Delivery Business?

Our GoPuff clone software can be customized for a variety of dark store applications. Whatever your unique business idea is, the script can be tailored to suit that.

With state of the art container technology, clean coding practices, use of microservice architecture while simultaneously integrating safety & security features on the dark store app, GoPuff clone is one of the most robust quick commerce software in the market today.

GoPuff clone, the white label dark store app is not only robust & scalable, but extremely secure as well. SSL-powered API’s, Keychain, JWT, reverse proxy setup etc ensures that security extends all the way from the app to each individual API. 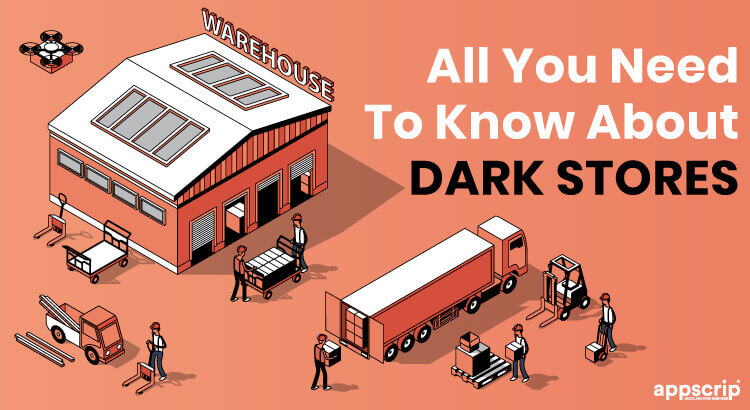 All You Need To Know About Dark Stores! 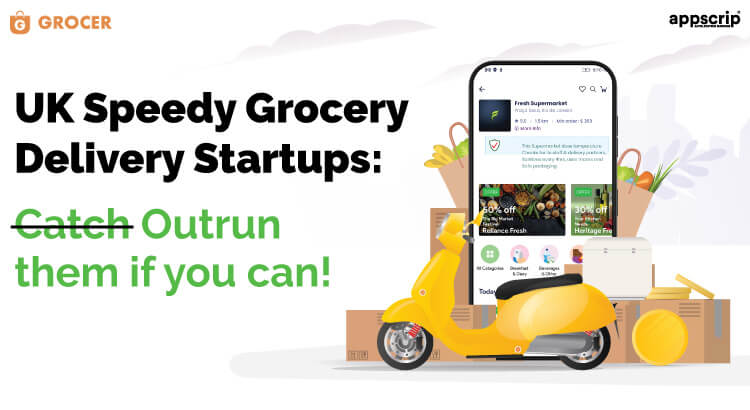 UK Speedy Grocery Delivery Startups: C̶a̶t̶c̶h̶ Outrun Them If You Can! 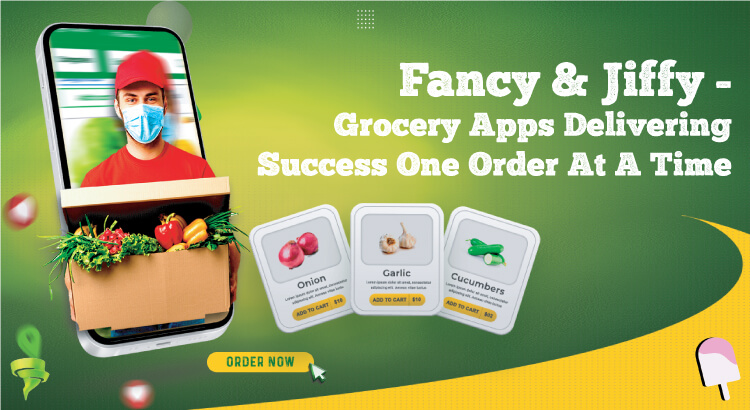 How did GoPuff start?

GoPuff was founded by Rafael Ilishayev and Yakir Gola in the year 2013. They met during a class in Drexel University in Philadelphia while studying business and became friends thereafter.

They had to often run to the local convenience store at the last minute for some late night plans and that was when Ilishayev identified the scope for an online business idea that could bridge this gap. They started working on the idea in their junior year and hired a Ukrainian developer to build the first version of their app.

They also made a deal with the local distributors and managed to negotiate a 30-day credit terms with them, without any credit history to show. In the first two years, they expanded to two more cities (Washington and Chicago) using their profits from the business. Their first round of funding was raised in December 2015.

How does GoPuff make money?

GoPuff hasn’t made any of their revenue figures go public so it’s hard to say if they’re profitable as of yet. If sources are to be believed, they don’t have any profit mentioned in their books as the entire profit amount is reinvested to grow the business further.

GoPuff raised $1 billion in their latest round of series H funding that included Guggenheim Investments, Hedosophia and SoftBank Vision Fund 1. Many other prominent investment firms and personalities have participated in their early rounds of funding including the American singer, actress and producer Selena Gomez.

What round of funding is GoPuff in?

As per Crunchbase, GoPuff has raised 8 rounds of funding so far. The total funding amount raised by GoPuff across eight rounds is $3.4 billion with the latest one (Series H) being a massive input of $1 billion at a valuation of $15 billion.

Robin has the most secure app infrastructure in the market where security extends from the mobile app to the API’s.

Do you provide technical support after the purchase?

We provide free patches for bugs on our core products for a year after purchase. These patches are supplied via GIT pushes to your source code repository. We however don’t do the actual code merge etc for you as that would cost us man-hours.We have paid support plans available. We know our apps best so for most of our customers it makes a lot of sense to hire our team for support. We have different support packages available depending on the SLA required ( Service Level Agreements).

Your Idea,
Our Expertise.

We are a global leader in the new-age of digital product development.

Trademark Legal Notice : All product names, trademarks and registered trademarks are property of their respective owners. All company, product and service names used in this website are for identification purposes only. Use of these names,trademarks and brands does not imply endorsement.

Wanna Talk? We would love to hear.

Got a startup idea & need to get it validated?

Book your FREE 15 minutes consultation with:

or fill the form below: