Talabat is the market leader of delivery in the Middle East, its food orders reaching dizzying heights. Our Talabat clone offers you a ready-made platform that you can launch quickly without any hassles. It is 100% customizable so you can alter it as per your requirements. Roadyo is our best selling delivery app software.

Get in touch
PRICING 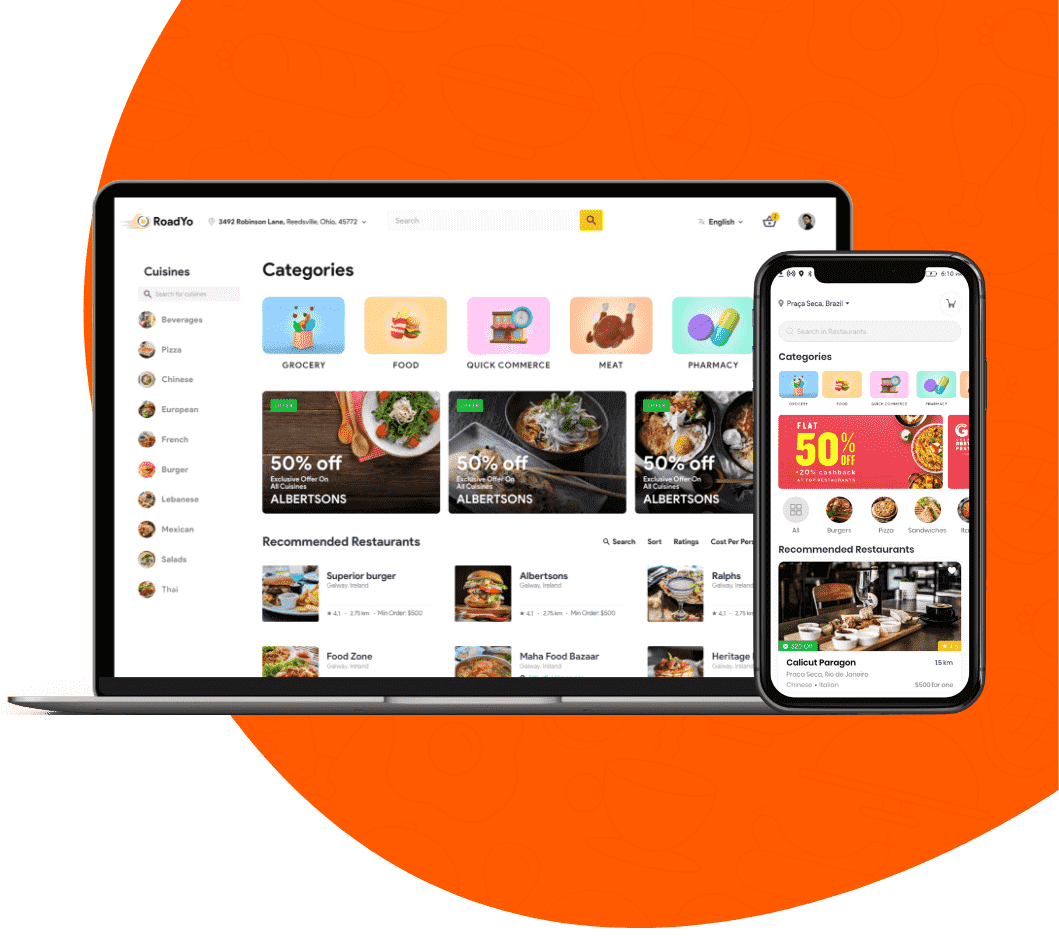 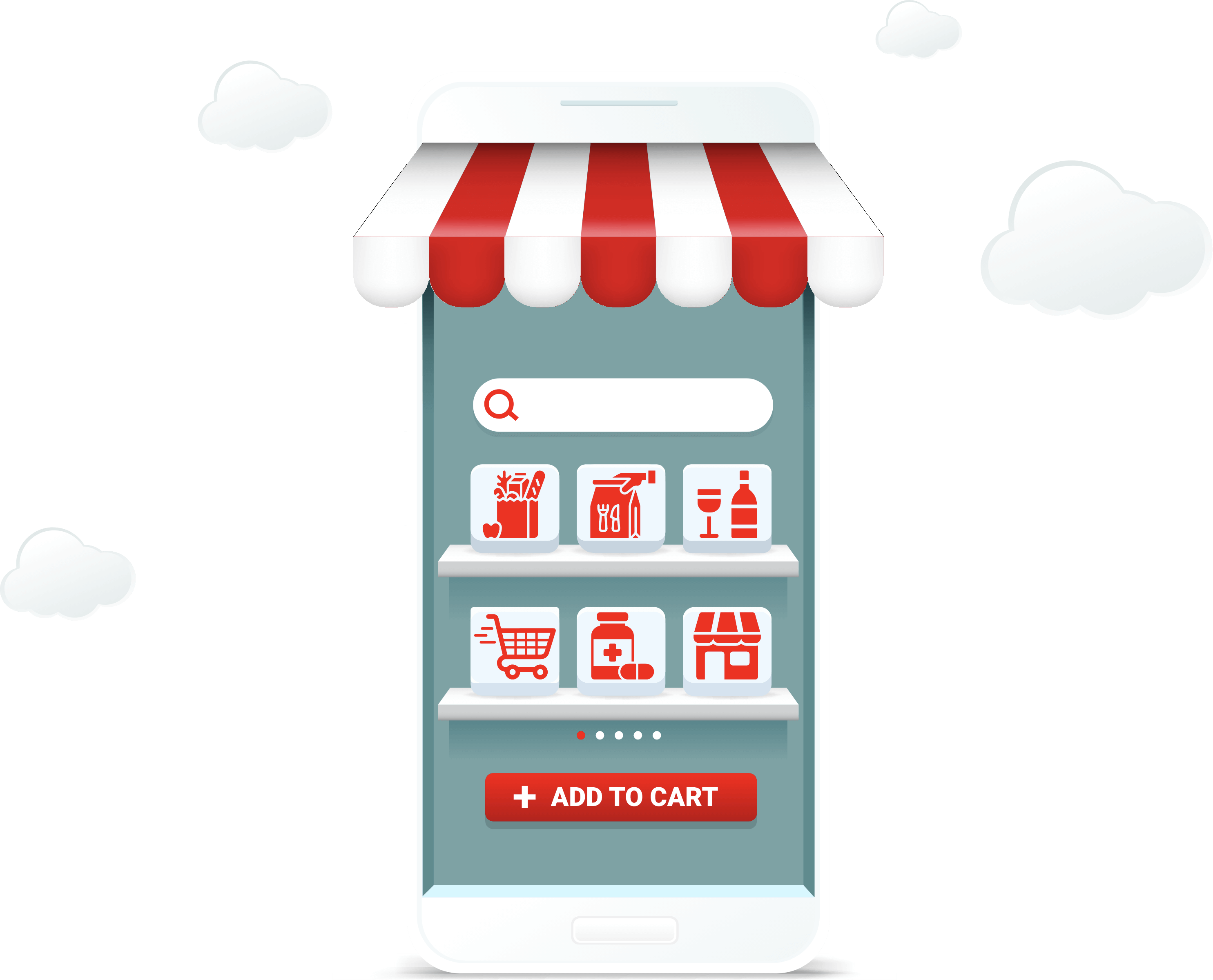 Talabat is one of the most famous Qatar-based companies which is focused on food and grocery delivery. Launched in 2004, it operates in Kuwait, Saudi Arabia, UAE, Bahrain, Oman, Qatar, Jordan, Egypt and Iraq.  Talabat promises to deliver orders in short timeframes, often within 15 minutes. Customers use the app to order deliveries from restaurants, grocery stores, florists, and pharmacies. And Talabat was named the official food delivery sponsor for Dubai’s Expo 2020.

Services You Can Offer With Our Talabat Clone App Solution

eGrocery is expected to be one of the fastest-growing sectors reaching US$ 84460 million by 2024.

Our Food Delivery module is the crux of the Talabat clone script and also our best selling script. 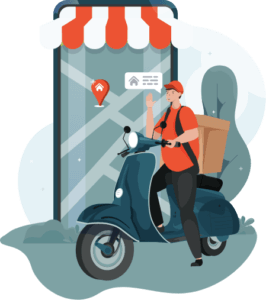 Dominate The Market With Your Own Talabat Clone App

Our in-house team consisting of designer, developers and testers are experts in developing delivery apps that help business scale upwards. They will help you create your own app leveraging our pre-built Talabat Source Code, saving you both time and money. 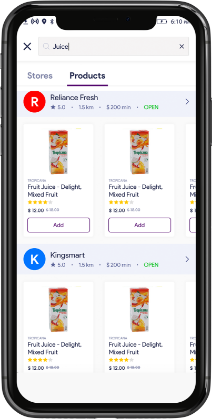 This module is Inspired by the big players in the category: Instacart, BigBasket, Shipt, Tesco, Peapod & Walmart.
It has been crafted and developed to provide an all-around solution to online grocery shopping & delivery. Can also be tailored for Quick commerce deliveries. 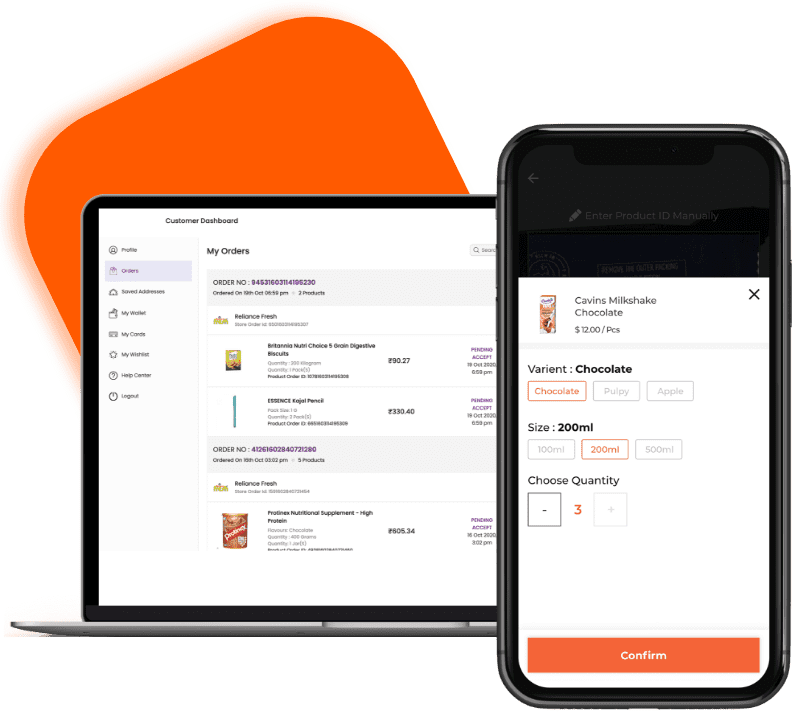 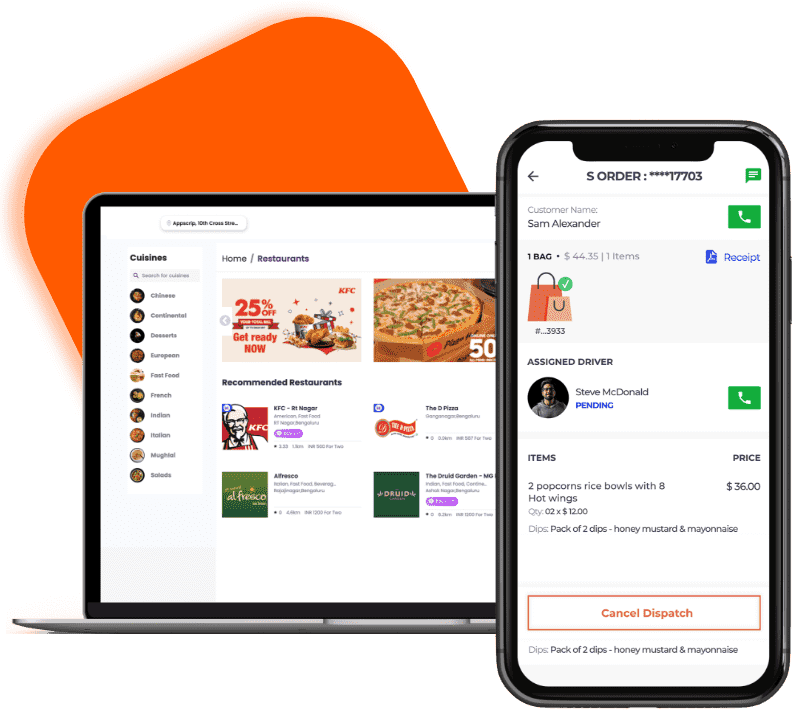 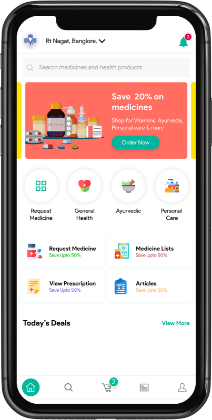 The food delivery integration is technically advanced and is being developed by experienced developers. The source code uses state-of-the-art technology. 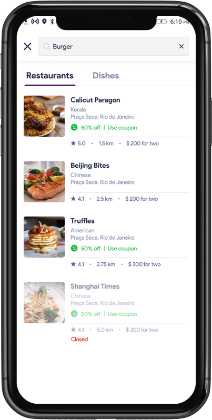 This module in the Talabat Clone script is designed to allow for online purchases of medications at any time and anywhere.

With this, one can build a full inventory of medicines, fitness products, nutritional items, personal care and health care from various brands of health care products and services. 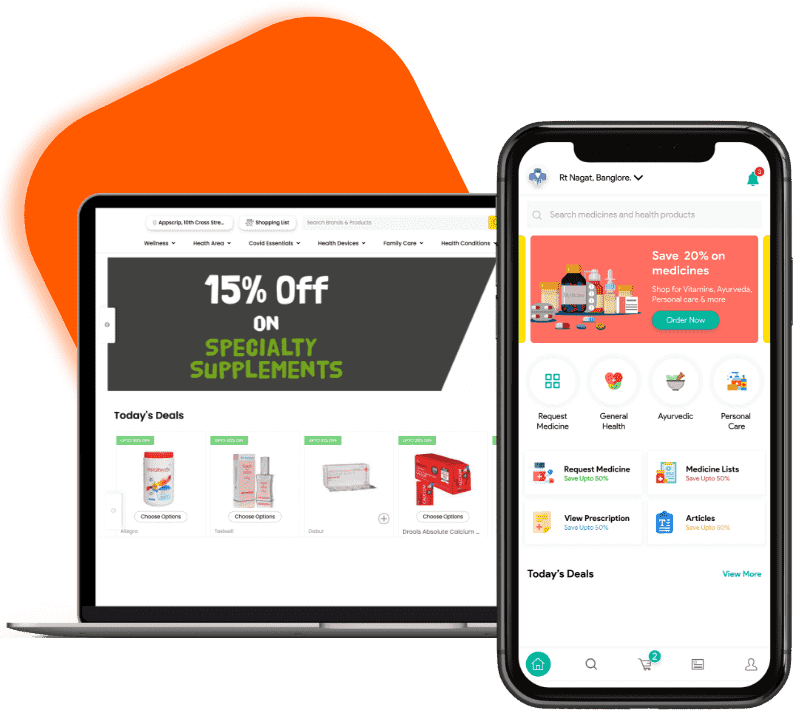 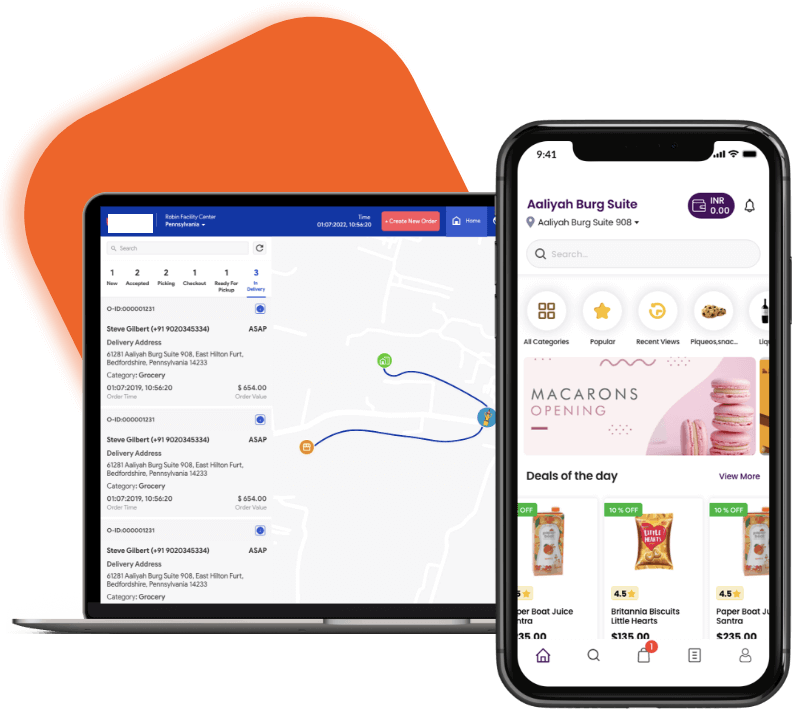 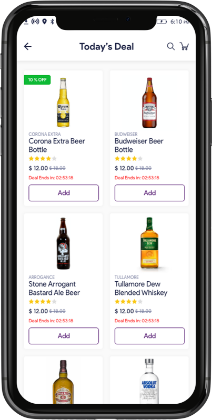 Quick commerce, or the business of delivering essentials in time frames of 10 to 20 minutes, has set the start-up world abuzz. The idea has come of age only in the past year-and-a-half as Covid-19 drove up digital adoption. India’s quick commerce sector is expected to grow 10-15 times in the next five years to become a $5 billion market by 2025, according to a new report by consulting firm RedSeer. 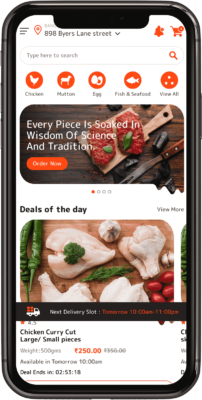 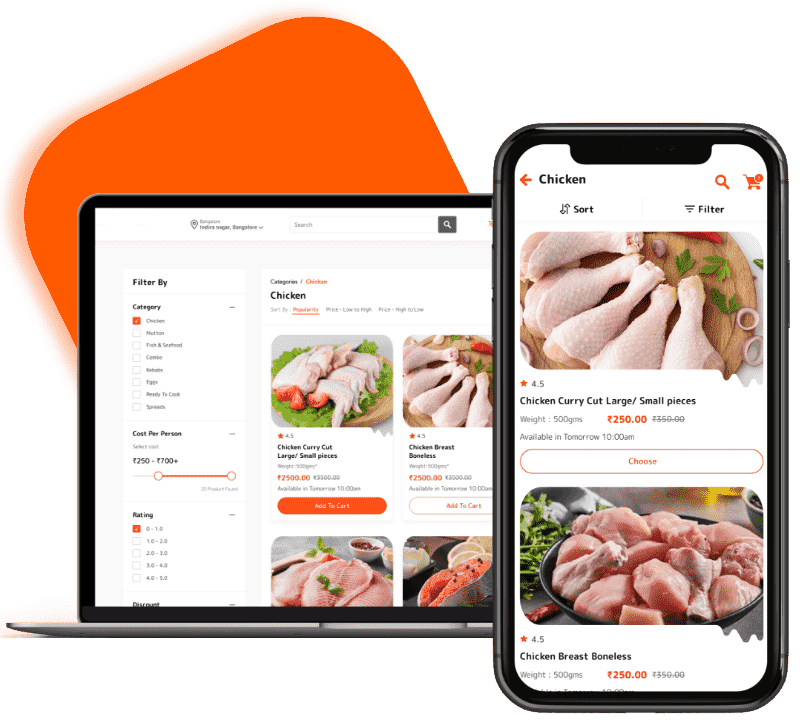 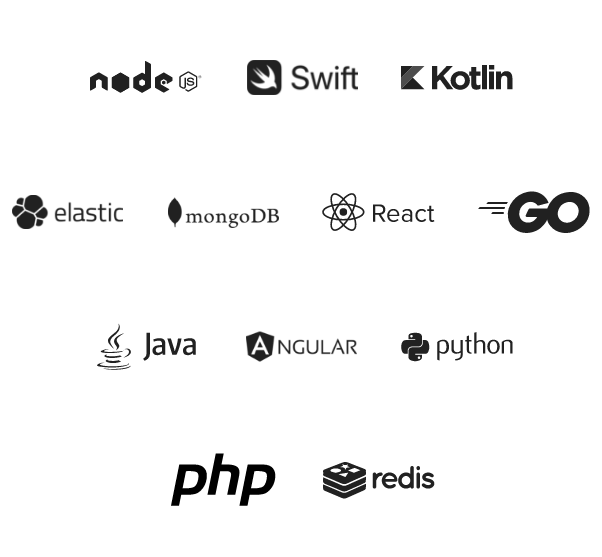 Additional Services You Can Offer With Our Talabat Clone

Ride-booking feature is similar to Uber and Lyft. It also helps in growing the initial user base.

It is no longer dominated by B2C. B2B eCommerce sales are predicted to grow to $6.6 trillion this year.

A perfect solution for all tow truck needs. The industry is expected to reach 8000 million USD by 2024.

Additional Services you can offer with our Talabat Clone

Ride-booking feature is similar to Uber and Lyft. It also helps in growing the initial user base.

It is no longer dominated by B2C. B2B eCommerce sales are predicted to grow to $6.6 trillion this year.

A perfect solution for all tow truck needs. The industry is expected to reach 8000 million USD by 2024.

Brand Color Integration
The Talabat Mart app can be modified to integrate your brand colors, keep it consistent throughout

App Publishing
We help you publicize, sell, and distribute the release version of your application to users

Payment Gateway
We ensure hassle-free transactions in the app through Stripe, Razorpay & Kushki 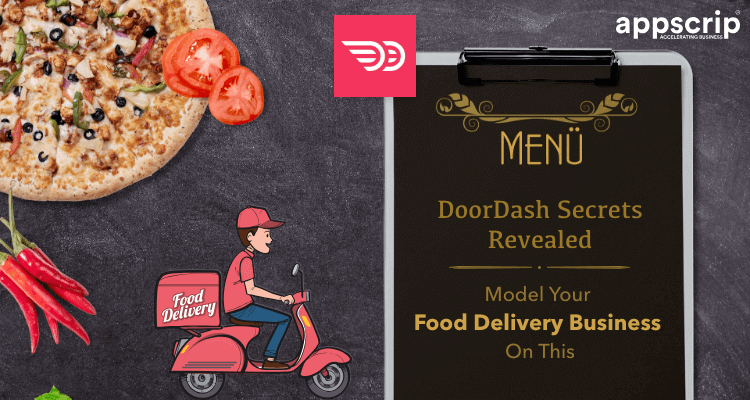 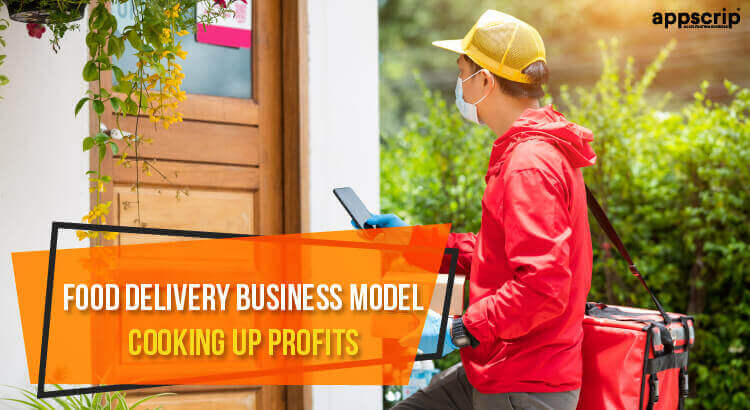 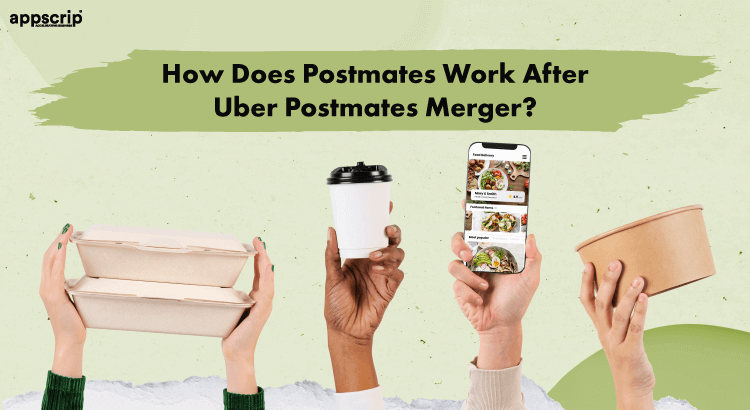 What is the business model of Talabat?

The first and foremost thing about Talabat is that it not only lists on-demand restaurants but also organizes on-demand delivery partners that deliver food items. Talabat’s business model is solely focused on the hyperlocal on-demand service of the food delivery sector. Talabat makes use of revolutionary technology and design to close the gap between food lovers and restaurants. It works on a dual relationship basis and is therefore also responsible for restaurants benefiting.

Talabat operates both via its websites and through its smartphone app. Urban foodies use the application to order meals from their local restaurants online. In addition to listing restaurants, Talabat also shows restaurant bug menus on its application to allow the foodies to select from a wide range. Local street vendors who cook excellent food but were not in the field of attention are also seeing great success and that orders because they couldn’t spend much on marketing.

If the customer has attached items to the cart and places an order, he/she will monitor the order. The user will also be able to connect to the delivery boy and inform him about the address. However, the address and location are taken at the time of order but if the customer needs to get some order-related information, he/she can get it.

What is Revenue Model Of Talabat?

Talabat’s business model turned the company into an early driver in Qatar food ordering service industry and had a given basic business model, but since they were founded, they have started earning revenues from other avenues.

Here are some of the major avenues from where Talabat earns money.

In general, Talabat charges a fee of 15 percent – 25 percent on the restaurant’s order bill.

Moreover, Talabat is continuously trying to get exclusively Talabat restaurants on board. In this way, restaurants earn other advantages, such as increased exposure and often a 5% – 10% reduction through commissions. And, because the impact is much greater than the reduction in sales, Talabat vigorously does it.

The commission percentages are dependent on different factors, such as order frequency, restaurant location, Talabat reliance on the restaurant, competition reckoning percent, penetration into the new town, and so forth.

Talabat has no minimum order delivery requirement, which means that frequently they can receive orders under all caps. The cost of logistics per order is increased.

After Talabat became stronger in the market, delivery charges began paying for small amounts (depending on the region and the area).  In periods of high demand, storms, special occasions, and midnight delivery on select markets, Talabat also even charges higher rates for delivery.

It also helps drive consumers to order the delivery charges above the threshold.

Two models – banner ads and priority listing of restaurants are the two things through which Talabat produces advertising revenue.

Apps and websites for regional restaurants are promoted and displayed. Different regions on the page shown differ in levels because the restaurant’s banner ad is noticeable.

Talabat does not exchange customer data, so the restaurants rely on raw revenues to be created by greater visibility only.

In general, Talabat gives customers a list of restaurants open. This has taped this ability into an income stream by paying a restaurant premium in return for giving restaurants priority listing. The higher the listing, the higher the cost the restaurant has to pay.

Talabat was founded by Abdulaziz Al Loughani and Khaled Al Otaibi in Kuwait. The name “Talabat” derives from the Arabic language and it means “orders” or “requests”.

Is the Middle East a good market for food delivery like Talabat?

Talabat has evolved from a Kuwaiti-based start-up to become a regional leader in the e-commerce business, and the UAE was definitely a huge priority for us. The overall UAE F&B market has grown spectacularly in the last few years – from being a US$10 billion industry in 2011 to a US$14 billion industry in 2016, according to a research by KPMG. So there is plenty of opportunity in the field.

What does the The design development process involve?

The design development process can be roughly divided into three stages:

What Is The Cost To Develop a Food Ordering App Like Talabat?

The cost of developing a food delivery app like Talabat depends on several factors.

Can I hire your team for customizing my app or for building a full custom application?

Logically thinking if you do buy our app and you want to customize it, there is no better team than ours to do it for you since we have developed all the underlying base code.

We have the biggest range of pre-built business applications in the market that cover several business models. We built all these products with the sole aim of reducing time to market and cost to market for our customers.

On average it costs over $100,000 to build most of these products that we have, so using them as a base to build your customized business idea will definitely bring your costs and time down significantly.

Most custom software development companies pitch you a full project plan to develop a product from scratch, a process that might take months and cost you pot loads of money, where-as we pull something out from our repotriotire, customize it and voila we have you a product in let’s say 60 days 🙂

In case you do have an idea that is not similar to any of our pre-built products we can surely develop something totally custom, from scratch for you. We will try to re-use some of the micro-services and reusable software components to do some rapid application development.

We have done this successfully for large corporations who have raised multi million dollars in venture capital funds. Our team comes with a strong technical expertise in a broad range of technologies that cover:

What are my operation costs and 3rd party services I need for running the app?

The major costs involved for running applications of such nature are as follows:

Trademark Legal Notice : All product names, trademarks and registered trademarks are property of their respective owners. All company, product and service names used in this website are for identification purposes only. Use of these names,trademarks and brands does not imply endorsement.

Transforming your ideas to reality

Wanna Talk? We would love to hear.

Got a startup idea & need to get it validated?

Book your FREE 15 minutes consultation with:

or fill the form below: