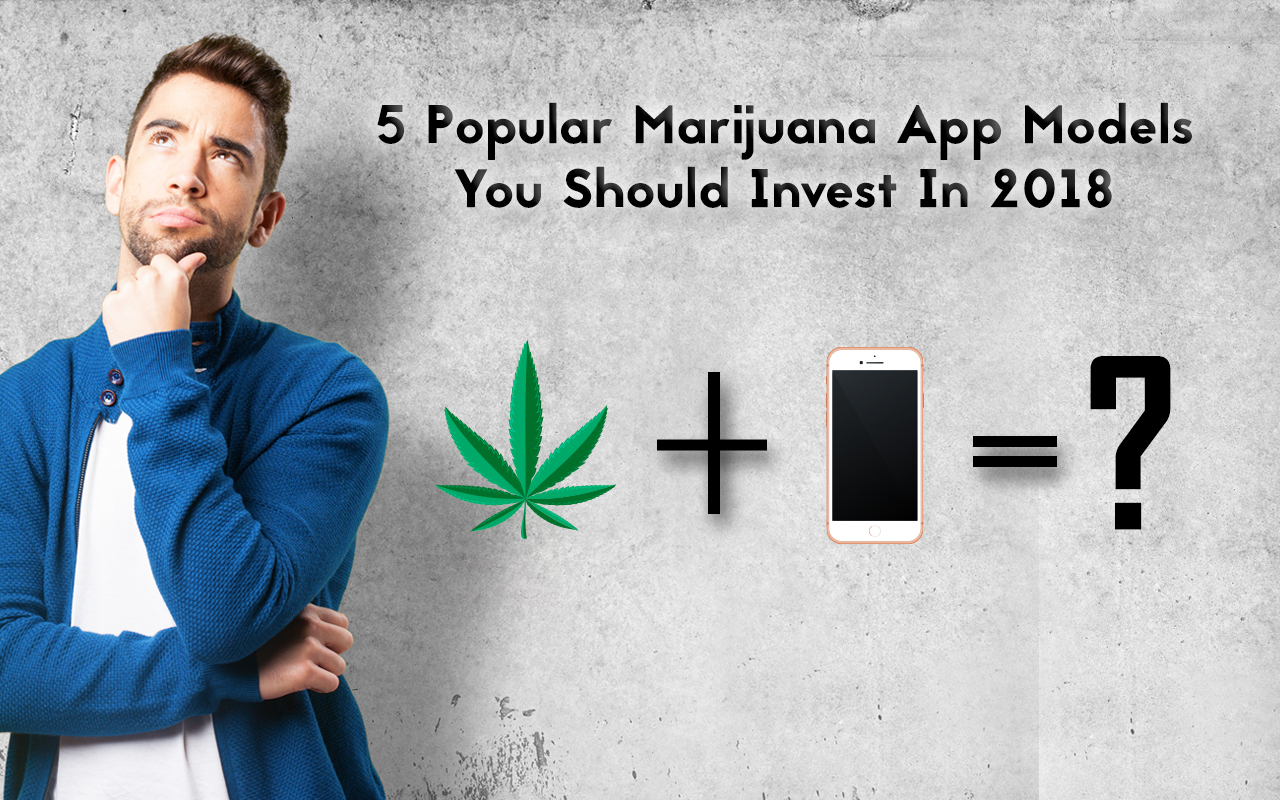 5 Popular Marijuana App Models You Should Invest In 2018

Ever since the boom of the cannabis industry, marijuana counterparts of famous trending apps have been spreading everywhere. Now with medical and recreational marijuana legalization spreading monthly, it is nothing less of a gold rush for entrepreneurs to get their own marijuana-based version of a trending app developed as quickly as possible. Here are our Top 5 Marijuana app models that as an entrepreneur, you should invest in developing.

Known as the “Uber for Marijuana” or “Amazon for Cannabis”, Eaze, is one of the forerunners for cannabis delivery apps. Eaze has raised $27 Million in the Series-B funding round this year and is considered as one of the highest funded cannabis startups yet. So an Eaze-like cannabis delivery app model is currently a very profitable investment for 2 main reasons –

Tinder is a popular dating app famed for its convenience for matching singles or groups with similar tastes and simplifying the entire dating process to a single left or right. Currently, the Tinder App has currently been valued at $3Billion  and on August 30th, the Tinder app took the #1 spot on Apple’s top-grossing app chart.

So its no surprise that a Tinder-like app focused on the cannabis community would kick off well.

A popular example is the High There! app. It has been described as the “Tinder of the cannabis community” or the “Tinder for stoners”. High There! currently has over 150,000 users who the app matches with each other by –

FORBES has estimated that Instagram – The popular photosharing platform – if broken out, is now worth somewhere between $25 billion and $50 billion. According to eMarketer, revenue generated by Instagram this year, are expected to nearly triple, to $1.5 billion, and triple again, to $5 billion, by 2018.

With even the Pope officially on the Instagram app (@franciscus), Instagram has become one of the fastest-growing platforms of all time, with about as many users as Twitter (310 million), Snapchat (100-million-plus) and Pinterest (100 million) combined.

Massroots is the “Instagram for Weed”. With over 1 Million active members and having raised $5Million in funding, Massroots is useful for creating networks of cannabis enthusiasts spanning from various sectors of the industry, recreation, and healthcare. This cannabis social networking platform allows users to –

The cannabis app counterpart for Yelp is Leafly. Titled as the “Yelp of weed”, Leafly is one of the cannabis industry’s first to raise more than $100 million in financing and claims to have over 10 million unique visitors each month.The Leafly app provides the following –

IoT-based apps and devices have been on a rising trend since 2015. It is an inevitable future,

where almost any electronic gadget in a house, building or even a city can be accessed via a simple mobile app.

Growtronix in that respect is a forerunner for an IoT-based cannabis-software solution. It is an all-out automation software for a cannabis grow room. Their package includes