Getir operates more than 1,100 dark stores — micro-fulfillment centers located in residential neighborhoods — throughout Europe and the United States. It is currently available in 81 cities across nine countries, including the United Kingdom, France, Germany, Italy, Spain, Portugal, the Netherlands, Turkey, and the United States of America.

“In such an exciting and competitive market, we can’t afford to be complacent,” said Nazim Salur, the company’s founder.

According to Sifted, the company’s app has been downloaded “close to” 40 million times, and it is currently delivering almost one million orders per day to customers.

Additionally, Russian venture capital firm Winter Capital – which participated in Getir’s Series D round in June last year and currently holds a 0.45 percent stake in the $7.7 billion company – is reported to be funded by Interros, an investment fund founded and run by billionaire oligarch Vladimir Potanin, who is linked to Russian President Vladimir Putin.

Their first institutional funding round was completed in December 2018, marking the company’s first major achievement (an undisclosed seed, though). Nonetheless, it took a little more than a year for the big leap to occur. In January 2020, the team raised $38 million in a Series A round of funding.

Throughout the year 2021, the company continued to pursue its expansion strategy. It made its debut in the United States, which is the world’s largest grocery market, in November. The company then acquired Weezy, a competitor based in the United Kingdom, in order to strengthen its position in the country.

Getir, which originated in Turkey, has quickly expanded its service throughout Europe and the United States. You can order groceries through Getir without having to select a specific delivery time slot, which is in contrast to traditional grocery deliveries. As soon as you submit your order, Getir begins working on it immediately.

Getir has been quietly constructing dense networks of micro-fulfillment centers in dozens of urban areas, which are now open to the public. Getir operates the dark stores, and the company also has complete control over and ownership of the inventory of products.

It’s important to note that these dark stores aren’t owned by Getir. Instead, it enters into a franchise agreement with local warehouse owners to form a partnership. Product selection and pricing are handled by Getir, who is also in charge of shipping items to distribution warehouses (while the store owner handles the shipment to the customer). 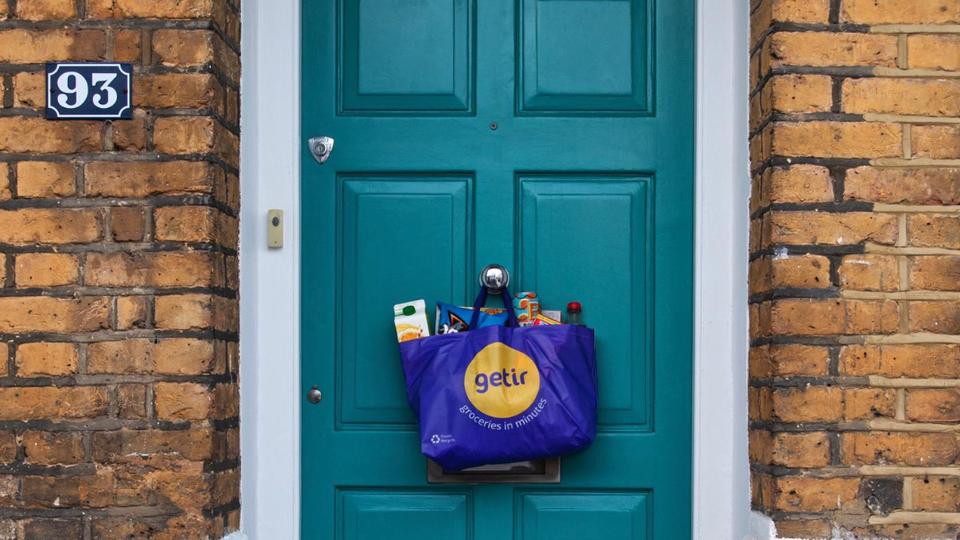 In addition to grocery deliveries, Getir customers can place orders for restaurant food, as well as a variety of other items, such as technology items (such as chargers), pet food, and child care products. Customers can also hire courier services to have letters and packages delivered on their behalf, if they so desire.

Delivering packages for Getir is done by couriers who are actually employed by the company. Unlike other food delivery platforms, such as Deliveroo, where drivers are hired as independent contractors and paid on a per-order basis, this is a significant difference between the two companies.

Getting access to Getir is as simple as downloading one of the platform’s mobile applications, which are available for both Android and iOS devices. Customers can proceed to place an order after providing their shipping address and preferred payment method information.

After that, a delivery person on a bike or moped scooter will arrive to deliver your order as quickly as possible to your location. According to the company’s website, you should expect to receive your order within “minutes.” More realistically, you should receive it between 20 and 40 minutes after placing your order.

The company has been successful in attracting 40 million app downloads from nine different countries. Getir is in charge of 1,100 dark stores in total. As a result, these instant delivery startups have raised multimillion-dollar rounds of funding, indicating that they are operating in a capital-intensive industry.

Getir is a major player in Turkey, with a presence in 81 cities at the time of writing. For all other markets, including the United Kingdom, Germany, France, Italy, Spain, the Netherlands, Portugal, and the United States, the company has a presence in 48 cities.

When the coronavirus pandemic forced billions of people to go into isolation – and forced them to rely on a variety of online delivery services to survive. Getir, which was still only present in Turkey at the time, made full use of the situation. For example, revenue for 2020 increased more than fivefold, with the company’s coverage footprint in Turkey more than doubling.

Also, according to the company’s Series B round, which closed in January 2021, Sequoia Capital partner Michael Moritz (through his fund Crankstart Investments) and Brazilian venture capital firm Base Partners invested $128 million, valuing the company at $850 million.

Additionally, Russian venture capital firm Winter Capital – which participated in Getir’s Series D round in June last year and currently holds a 0.45 percent stake in the $7.7 billion company – is reported to be funded by Interros, an investment fund founded and run by billionaire oligarch Vladimir Potanin, who is linked to Russian President Vladimir Putin.