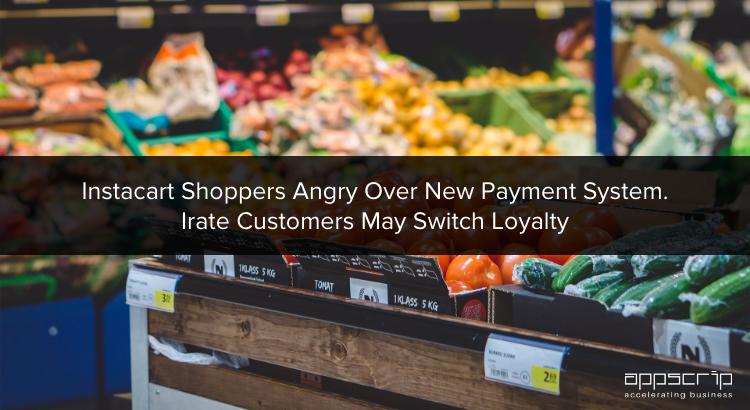 Instacart rolled out a new payment system last month, and many of its shoppers aren’t too happy about it.

Instacart is a grocery delivery company that relies on delivery agents called “Instacart Shoppers” to pick out and transport items to customers.

Hundreds of shoppers took to social media to complain about the changes, saying that they had caused substantial cuts to their earnings. Some are now rejecting jobs while others are threatening to boycott the company.

Instacart was the only Whole Food delivery until Amazon announced its buying of WholeFoods in June 2017. Speculation was rife that Instacart would be pummelled out of the market.

It was expected for customers to gravitate towards Amazon as its costs were lesser with the added advantage of perks.

Instacart slashed its Express membership to $99 from $149 and non-express delivery from $5.99 to $3.99 and also done away with 5% express fees for its Express members. Groceries can then be delivered for $3.99 per order instead of $5.99.

The company also cut the price of its Express membership from $149 a year to $99 a year.

Instacart announced that the changes will come into effect by the end of this year. Instacart’s presence has expanded rapidly in the last year, with its service now available for more than 70% of U.S. households.

The company is valued at more than $7 billion and also raised $600 million in a financing round in October. It received another $270 million in funding in November.

Instacart workers say that their take-home pay has fallen again, this time by an estimated 25-50 percent in some cases

While the news was welcomed by its customers, many in the company’s army of 70,000 shoppers believe that these price cuts have come at their expense.

Instacart Shoppers drive to the store, select the items, bag and deliver them. Sometimes they even correspond via an app with the customer while shopping.

Many took to social media to say that they plan to boycott the company.

Matthew Telles, who has worked as an Instacart shopper since 2015 published a fiery blog post directed at Instacart’s CEO Apoorva Mehta, calling for the company to adjust the way it pays shoppers. 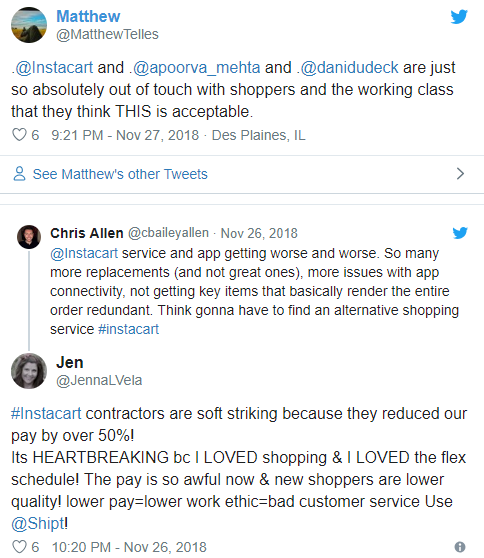 Irate customers voiced their concerns on Twitter, and complain about delays in the service.

On Reddit, the issue was actively discussed in the community.

Instacart said it launched the new payment structure to make the process more transparent. It says that the new system provides far better clarity for shoppers, showing them ahead of time a preview of what they’re agreeing to do and precisely how they’re being paid for it.

Instacart now says that the new system provides far better clarity for shoppers, showing them ahead of time a preview of what they’re agreeing to do and precisely how they’re being paid for it.

However, the fees have also changed. Earlier, shoppers were paid a flat delivery fee in addition to $0.40 per item shopped and the customer’s tip.

Under the new system, the flat delivery fee has been removed and replaced with a “Batch Incentive” fee, which varies by order depending on the number of units, type and weight of items, trip length, and the location.

Shoppers say it is complicated for shoppers to figure out how much they were going to take home.  Another added that it was “purposefully confusing and unpredictable pay structure.” 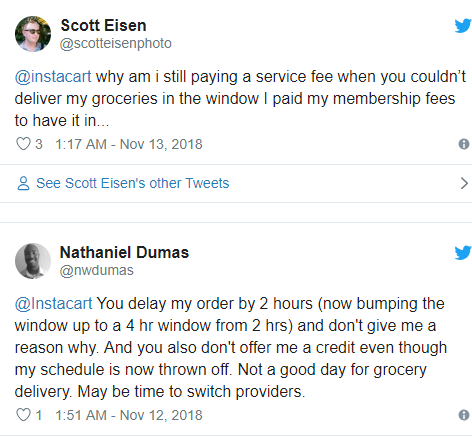 It was amazing and worth reading, it was simple and clear to understand your techniques, I Found your article very interesting I learned lot from your content So kind of you to provide us a knowledge of these important things really heplful, Thank you for sharing this vital information and tactics with us.

I enjoy reading a post that will make men and women think. Also, thanks for allowing for me to comment!