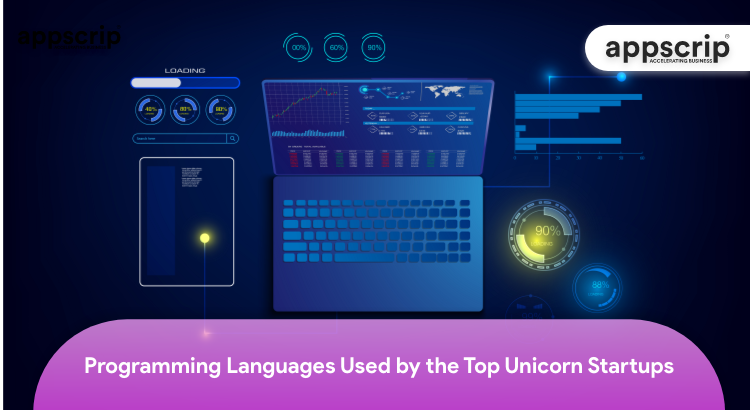 Startups need a specific approach to web and app development. That’s why it’s worth to look at the most-used programming languages, databases, and frameworks to develop a product that audiences will appreciate.

The highly vulnerable type of company is a startup. Building a successful technology startup is difficult. Startups need to not only come up with a viable startup idea but also secure funding and implement a market-ready software product.

To minimize risk, business owners don’t rush into developing a full-fledged web or mobile application that might end up failing. Instead, startuppers usually validate their business idea by building a Minimum Viable Product (MVP).

With this comes the challenge of selecting the right programming language and framework. The stakes are high, as in most cases the final software product is based on the MVP.

Here we’ll go through the best programming languages for startups along with their frameworks to help you decide which to use during development.

The types of programming languages can be categorized roughly in 2 ways.

Compiled languages show better performance than their interpreted counterparts. Performance is an important advantage, but the difference in performance between compiled and interpreted languages only comes into play if your application grows popular and has to handle high loads.

Programming languages and frameworks are all different; each solves specific problems effectively. You should therefore take the business purpose of your project into account. Some technologies are tailored to building high-performance banking software, while others are perfect for developing AI-powered applications.

The wrong language and framework might lead to extra time and money to build an application. Using a spade to hammer a nail makes no sense; you need a hammer. The same logic works for programming languages and frameworks.

Startups are about speed. The faster they launch a software product, the stronger the competitive advantage they’ll get.

That’s why time to market is probably the most important criterion for business owners. The following aspects impact the time to market:

To speed up the process, developers can use out-of-the-box solutions.

The community is the cornerstone of any programming language and framework. A strong community creates, maintains, and upgrades frameworks, tools, and out-of-the-box solutions. It encourages knowledge sharing and helps developers build software.

If there aren’t enough skilled programmers in your area you can go for outsourcing, hiring freelancers or a remote team.

Most Common Programming Languages Used Across The Top Unicorn Companies

Coding Dojo, a coding bootcamp that trains developers and helps place them in programming roles, looked at full-time job postings from the job listings site Indeed and the developer tool website StackShare to see what languages the unicorn startups were using to build their technology.

Python was the top programming language. Python is very general purpose, which means it can be used for web dev, scripting, software, and much more. It is being used a lot for Data Science, which is revolutionizing the tech industry.

Most companies use three to six languages. Some only use two. 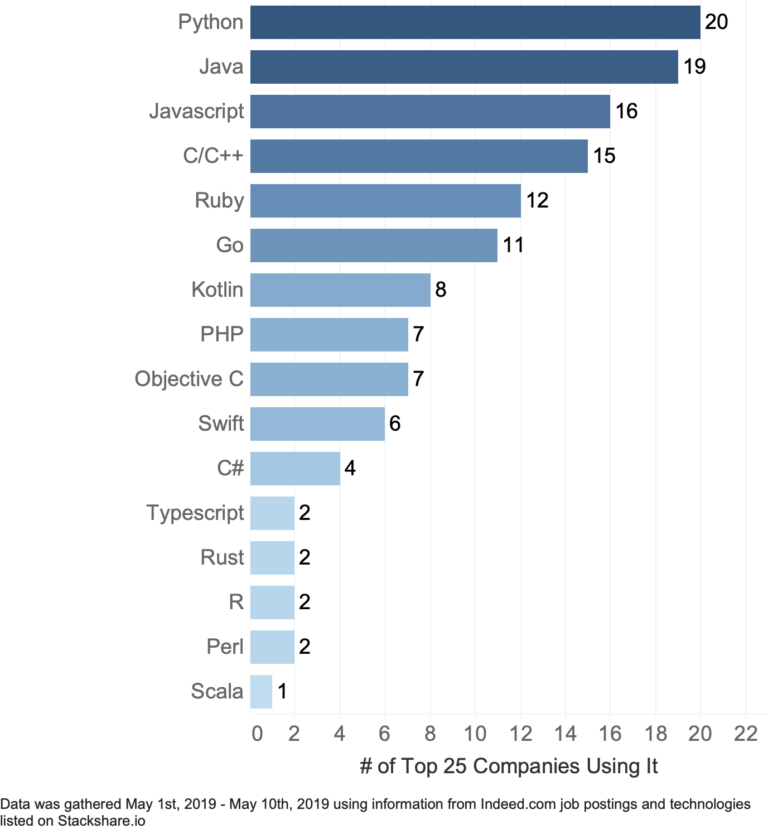 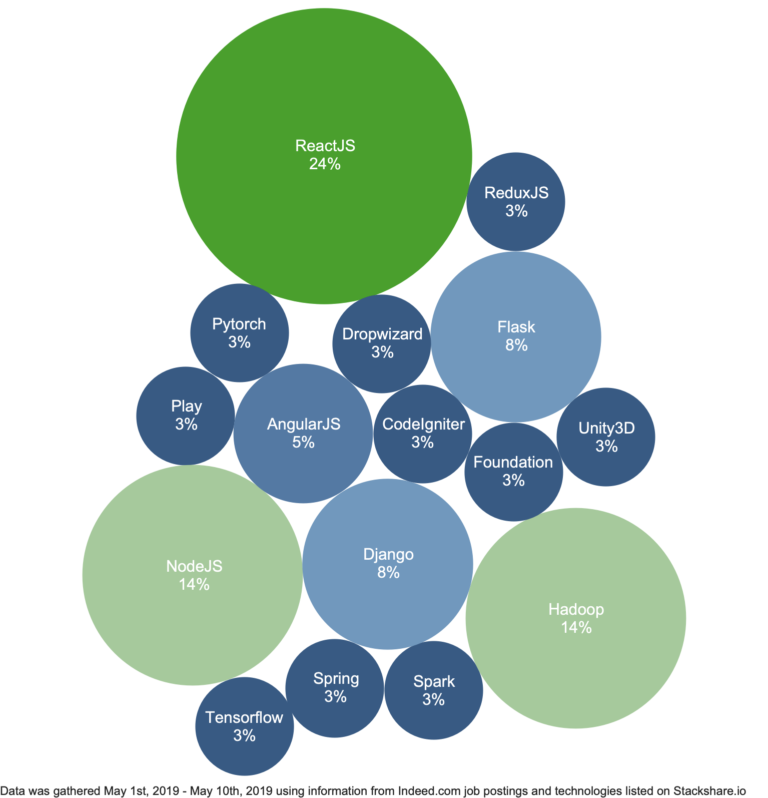 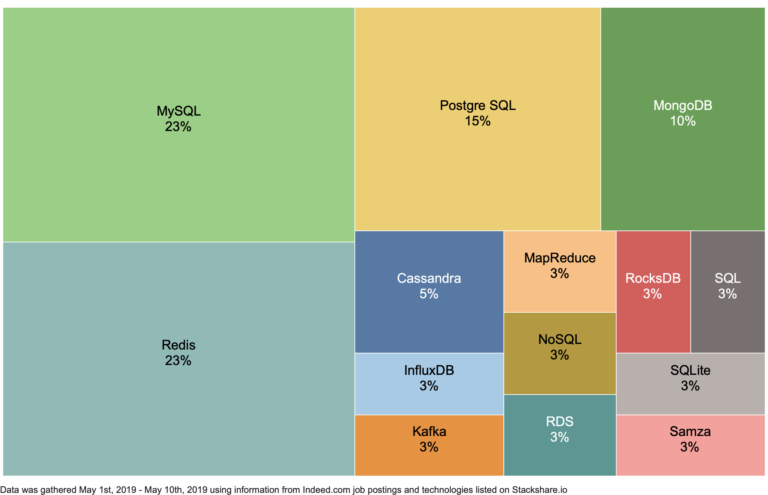 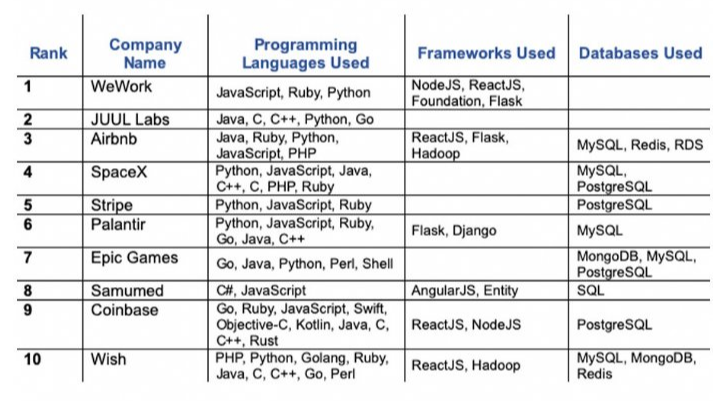